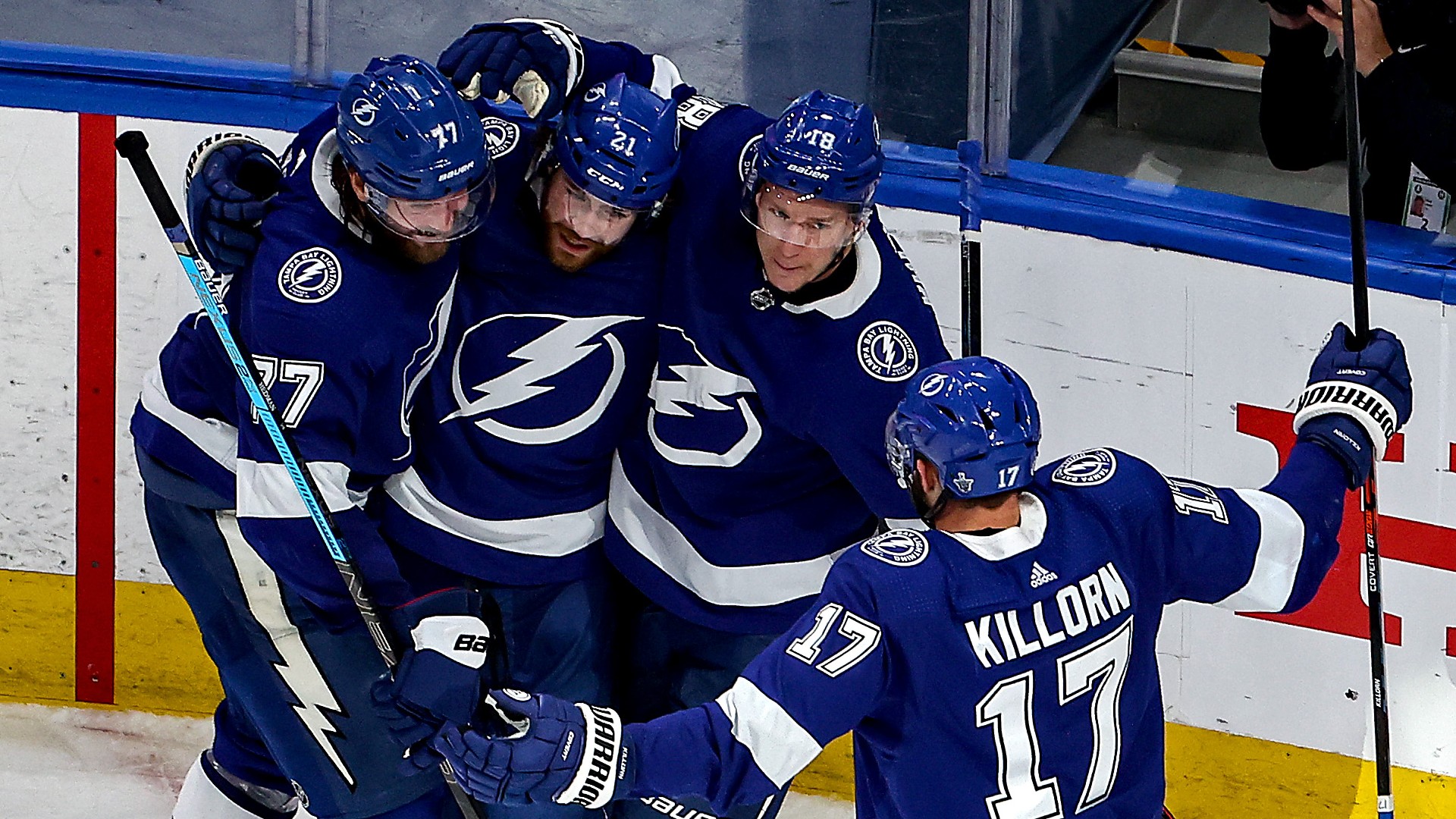 Don’t tell the Lightning you’re supposed to be a little off your game when you haven’t played in a week.

In Game 1 of the Eastern Conference final, their first game since they sent the Bruins packing on Aug. 31, Tampa Bay claimed a dominant 8-2 win over the Islanders.

The two biggest contributors to the Lightning’s lopsided victory were none other than Brayden Point and Nikita Kucherov, who entered the game ranked first and second, respectively, on the team in points this postseason. They each collected five points in the win.

Point scored his first of two goals on the night just one minute and 14 seconds into the game as he skated down the left wing and drove around Isles defenseman Ryan Pulock before tucking a shot past Thomas Greiss.

“I was just able to kind of get around the guy and cut to the net,” he said. “(Blake) Coleman makes a great play in the middle there to be patient, let me get some speed so, it’s just nice to score one early.”

With his opening marker, the Lightning forward extended his playoff point streak to seven games (the team has only played 14).

“He put on a burst there that was, obviously much needed for us, but any time you go in and you get a lead that early in a game, it’s uplifting to a team,” said head coach Jon Cooper.

“He’s so talented,” added Yanni Gourde, who also had two goals in the game. “That goal was amazing. He’s such a talented player and his line were solid tonight too. So, I mean, it’s a great start of the game.”

Point added another goal in the second period on the power play and assisted on three others including Nikita Kucherov’s tally in the third period to make it a five-goal lead for Tampa Bay.

Not to be outdone by his linemate, Kucherov also assisted on four goals and set a new franchise record for most assists in a playoff year. His 16 assists this postseason eclipse Martin St. Louis’ 15 back in 2004 — which, yes, was the year the Lightning won their only Stanley Cup so far.