'Like a petulant child!' Gibraltar’s Brexit fury with Spain and... 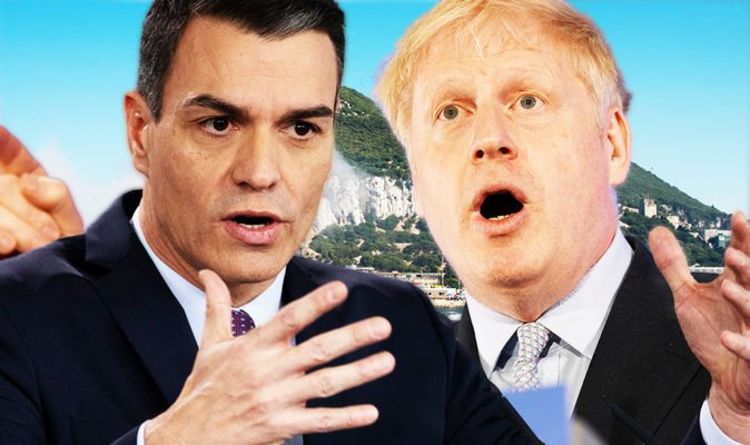 The damning statement was made by Chairman of the Self Determination Group for Gibraltar, Richard Buttigieg, who told Express.co.uk the Spanish Government has tried to capitalise on the Brexit issue for its own ends. Having challenged Britain’s claim to the territory since it came under UK rule in 1713, the country’s withdrawal from the EU has seen some of this political jostling resurface. The European Council’s Article 50 guidelines already state the EU cannot reach an agreement with the UK over Gibraltar without Madrid’s approval.

This means the Spanish Government, led by Prime Minister Pedro Sanchez, has a key veto on all potential agreements between Madrid and London.

But Mr Buttigieg believes this essential veto over Brexit talks is “undemocratic”, and says Brussels should instead focus on the behaviour of Spain.

He said: “It is undemocratic, we should not be speaking of vetoes in this day an age. To bestow upon Spain the power to hold the UK to ransom, it is unjustified and unfair.

“I think it should also be saying to Spain that it should not act like a petulant child. I hope the EU will say to Spain that we are not prepared to let you run rush over an agreement over the UK.”

Spain has a key interest in the future of the territory, as approximately 10,000 Spaniards travel to Gibraltar as cross-border workers.

But this also means Gibraltarians are reliant on access to Europe, as the region relies on these workers, as well as money, goods, and services via access to the single market.

This could therefore be used as leverage by Spain in future talks.