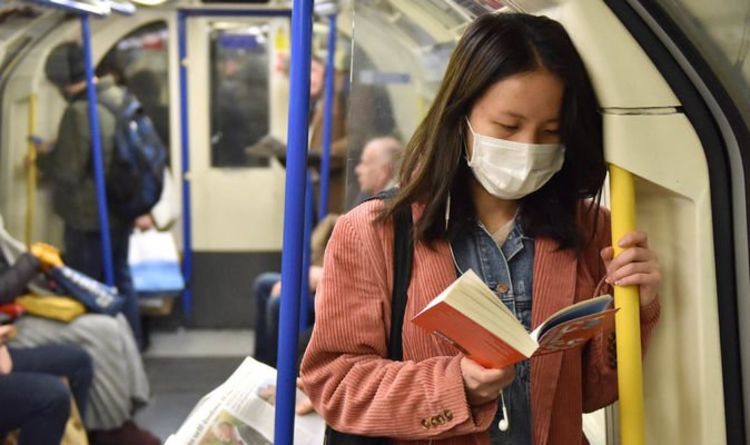 This comes as the second British coronavirus death is confirmed among the surge of UK cases. An 88-year-old grandfather, who recently returned from a cruise, is the latest victim of the deadly virus.

Dr Richard Hatchett, from the Coalition for Epidemic Preparedness Innovations, said governments need to adopt an “aggressive” response to tackle the virus.

The doctor revealed it could take between 12-18 months to develop a vaccine and will cost £1.5bn.

Prime Minister Boris Johnson has urged the British public to brace themselves for “substantial disruption” that could last months.

Mr Johnson said he would pump £46 million into a coronavirus vaccine and testing kits as cases have exploded across the UK.

But he warned that although the funding has boosted, a vaccine will not be ready for another year.

In the UK, 164 people have tested positive for Covid-19 which increased rapidly from 115 cases reported on Thursday.

So far two people have died on British soil from the deadly virus.

The first British victim was a woman in her 70s who had long-term health troubles and died at the Royal Berkshire Hospital.

“I’ve been working on epidemic preparedness for about 20 years and completely dispassionately without elevating the temperature or speaking hyperbolically.”

The group, who are already supporting four Covid-19 vaccine projects, was generated three years ago to accelerate the fight against emerging infectious diseases that threaten global health.

“This is the most frightening disease I’ve ever encountered in my career, and that includes Ebola, it includes MERS and it includes SARS,” said Dr Hatchett.

“I think the most concerning thing about this virus is the combination of infectiousness and the ability to cause severe disease or death.

“We have seen very lethal viruses, we have seen certainly Eola or Nipah or any of the other diseases that CEPI, the organisation that I run, works on.