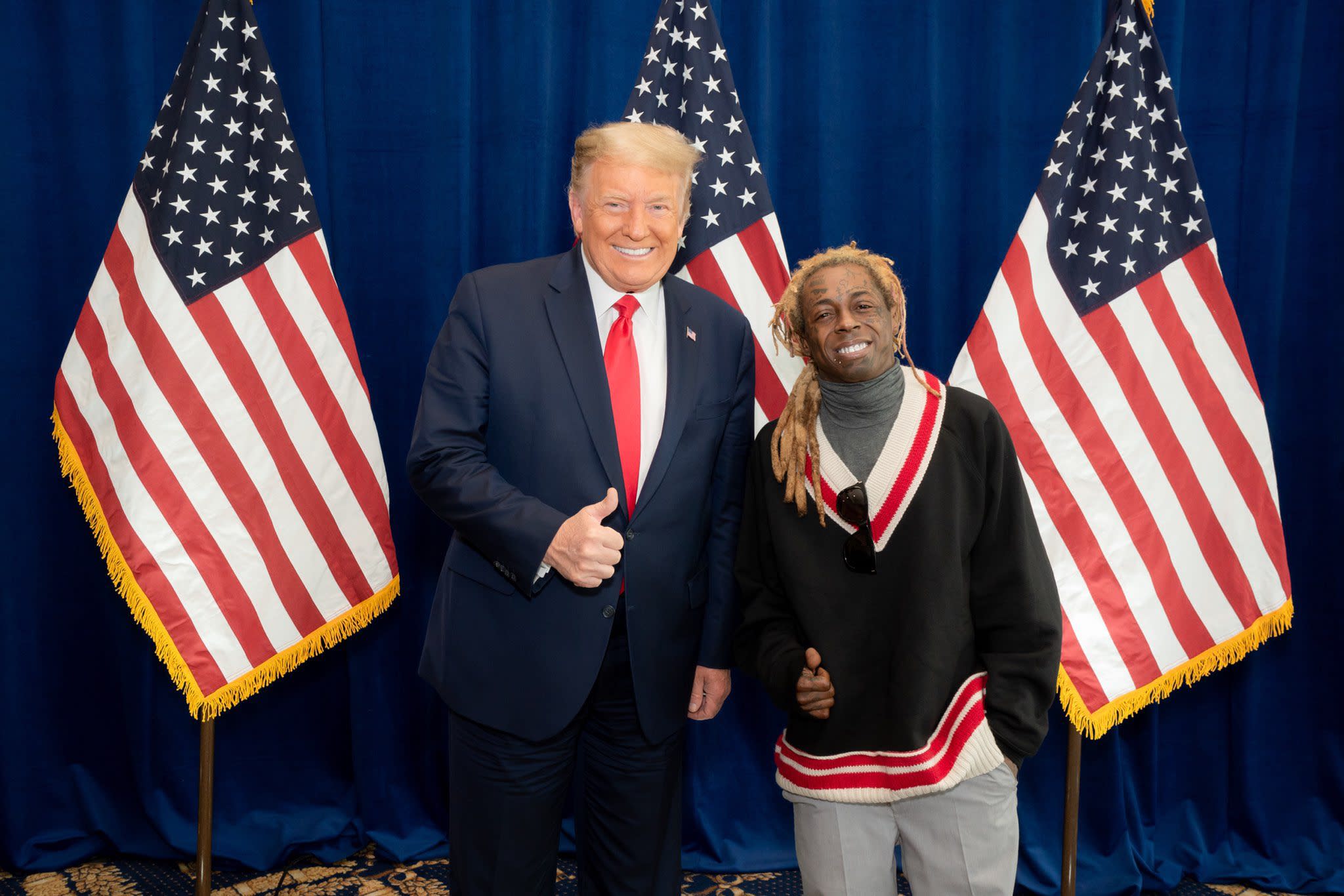 Cash Money superstar Lil Wayne seemingly endorsed Trump in a tweet that quickly blew up Thursday, posing a picture with his thumbs up alongside the president while hailing Trump’s work on criminal reform.

“Just had a great meeting with [Trump],” the New Orleans native, born Dwayne Michael Carter Jr., wrote on Twitter. “Besides what he’s done so far with criminal reform, the platinum plan is going to give the community real ownership. He listened to what we had to say today and assured he will and can get it done.”

Just had a great meeting with @realdonaldtrump @potus besides what he’s done so far with criminal reform, the platinum plan is going to give the community real ownership. He listened to what we had to say today and assured he will and can get it done. ?? pic.twitter.com/Q9c5k1yMWf

“Weezy” became the second high-profile rapper to collaborate with Trump this month on “The Platinum Plan,” also known as the “Promise to Black America,” a pledge to increase wealth in Black communities. On Oct. 13, Trump senior advisor Katrina Pierson tweeted that Ice Cube had worked with the administration on developing the plan. The former NWA rapper later defended his work with Trump, saying he’s “trying to make a deal with whoever is in power.”

50 Cent also made headlines this month for an Instagram post in which he encouraged fans to vote for Trump over in next week’s election after taking issue with the prospect of facing higher taxes under Democratic presidential nominee Joe Biden. The Get Rich or Die Tryin’ rapper later backpeddled after facing heavy criticism from ex-girlfriend Chelsea Handler, tweeting “F**k Donald Trump, I never liked him.”

And then of course there’s Kanye West, who met with then-president-elect Trump in December 2016 and quickly became a vocal proponent, often seen wearing a red “Make America Great Again” hat” through the first few years of Trump’s term. It’s unknown, however, if West’s own 2020 presidential campaign signaled a rift or if the rapper’s campaign — reportedly assisted by Republican operatives — was a strategical maneuver to position Kanye as a “spoiler candidate” to draw votes away from Biden.

Each of those hip-hop stars have drawn loud backlash for their allyship with Trump, who has a long history of racism yet continues to make the claim that he “has done more for the African-American community than any president with the exception of Abraham Lincoln.”

Wayne’s tweet is drawing similar heat from fans on social media, while many continue comment on the developing trend of wealthy rappers aligning with Trump and the president’s supporters welcome the “A Milli” and “6 Foot 7 Foot” lyricist on board.

What a time to be alive.pic.twitter.com/8vAyBBMQ37

A lot of rappers are essentially conservatives: wealthy and/or opposed to high taxes, misogynistic, homophobic, etc. Is it a surprise when they begin cozying up to or rallying behind people like Trump?

“He assured me we will get it done”

My god how dumb are you

They even got Weezy.

50 Cent weighed in shortly after Wayne’s endorsement, telling his fellow rapper, “I would never have took this picture.”

Wayne is no stranger to blowback.

He previously drew condemnation from fans in 2016 when he said of the Black Lives Matter movement, “I don’t feel connected to a damn thing that aint got nothin to do with me.”

The rapper had previously told Fox Sports that there is “no such thing as racism” because his concerts are attended by many white fans.