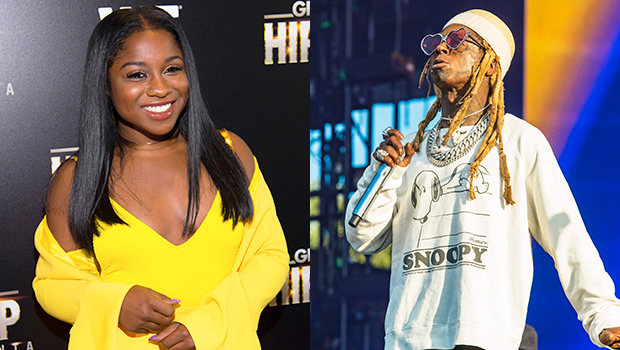 Reginae Carter called out voters who backed President Donald Trump in the Nov. 3rd election, saying his supporters — including her dad — owe the people an apology ‘right now.’

Reginae Carter is still holding her ground after her father, Lil Wayne, threw his support behind President Donald Trump in the presidential election. After showing her support for Democratic candidate and former Vice President Joe Biden, the 21-year-old took to her Instagram Story with a strong message. “After hearing this last press conference by Trump, if you supported him in any way you should give us a Public apology like right now,” she shared on November 5, following President Trump’s White House press conference.

“That was embarrassing,” she further reiterated. Reginae even doubled down on her message, adding a slew of clown emojis after her words. It’s not a major shock to Reginae’s fans that she is throwing shade toward Trump supporters, having shown her support for Joe Biden on November 3. Reginae reposted a tweet from Dominique DeFillo, in which the star seemingly backed Joe Biden.

After Reginae shared the tweet on her Instagram Story, Dominique affirmed Reginae’s support for the former Vice President. “Girl Wayne voted for trump, but his daughter posted my BIIIIIDENNNNN tweet yesterday. I stan lol,” Dominique tweeted. Reginae’s message on her Instagram Story and her apparent support for Joe Biden comes as her father, 38, is taking major heat for publicly supporting President Trump.

Lil Wayne went public with his support for President Trump on October 29. “Just had a great meeting with [Trump] besides what he’s done so far with criminal reform, the platinum plan is going to give the community real ownership,” Lil Wayne tweeted, adding a photo of himself smiling alongside President Trump. Wayne faced so much backlash for the show of support that rumors have swirled that his girlfriend, Denise Bidot, dumped him!

Once speculation over Wayne’s love life grew, the “Lollipop” rapper tweeted a vague message on November 4. “I live the way I love and love the way I live. I’m a lover not a lighter [because] they burn out,” he wrote. “I am an eternal fire and burning love, either leave with a tan, a 3rd degree burn, or stay and die in love. You’re sweating. Sincerely, the fireman.”