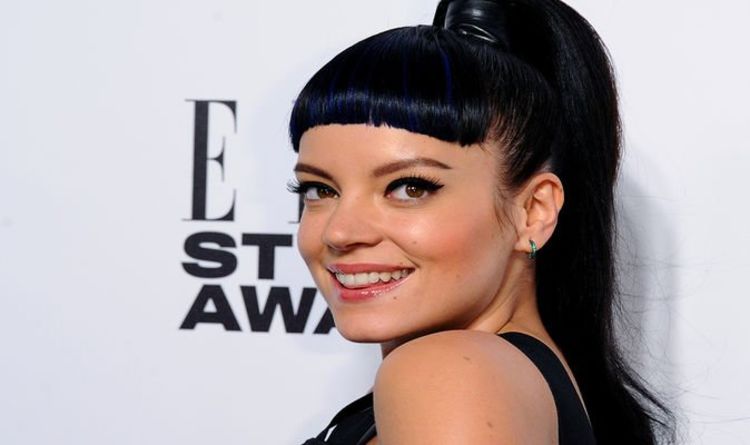 The singer, 34, deleted her Twitter account yesterday after a heated online bust up with Piers Morgan. Mr Morgan tweeted: “I think I speak for Britain when I say if @lilyallen doesn’t like it here, why doesn’t she f**k off?” The singer then signed off from the social media site before giving her reasons in a series of Instagram posts.

She said: “It’s been reported that I deleted my Twitter because I couldn’t handle the abuse and humiliation that I got in the wake of my comments.

“I deleted my Twitter because I really believe that these platforms have given a voice to the far right, and they use them to spread disinformation and lies, which will win them elections and ruin people’s lives.

The singer had even earlier suggested that those who voted Conservative essentially voted for “kids to die with no healthcare.”

She also implied people’s motives for lending support for the Tories were to have ”less brown people” in the UK.

When the exit poll was revealed, Ms Allen tweeted: “Still holding out for a Labour majority.”

However when it was apparent the Labour Party were heading for their worst election in decades, Ms Allen posted alongside a sad face emoji: “Some say it was Brexit, some say it was Jeremy, personally, and I know no one wants to hear it, I think that racism and misogyny runs so so deep in this country and that Boris won because of his attitude towards those things and not in spite of them.”

The musician also retweeted a post which stated: “Vote for your kids to die with no healthcare and less brown ppl but the joke is capitalism needs cheap foreign workers to exploit so will NEVER reduce immigration so jokes on you [sic].”

Afterwards, she went on to suggest the Labour Party’s integrity had been damaged by right-wing propaganda.

“We need to start taking this seriously.”

Before she stated: “The left don’t have the resources of the right.”

The Tories earned the majority they had hoped for, in a landslide general election.

Not since the days of Margret Thatcher have they been granted more power by the British public.

He said in his first speech following the historic poll that he wanted Remainers to know the Tories would never ignore the “positive feelings of warmth and sympathy towards the other nations of Europe.”

“I want to thank you for the trust you have placed in us and in me and we will work round the clock to repay your trust and deliver on your priorities.

“I believe – in fact, I know because I heard it loud and clear from every corner of the country – that the overwhelming priority of the British people now is that we should focus, above all, on the NHS – that beautiful idea that represents the best of our country.”

Mr Johnson said: “I frankly urge everyone on either side of what are, after three-and-a-half years, a frequently arid argument, I urge everyone to find closure and to let the healing begin.