‘Little has changed over the years’ since Princess Anne and... 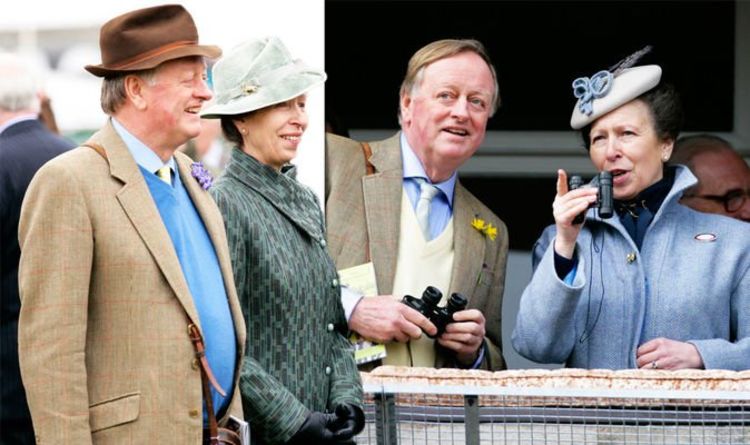 However, many were shocked to learn of an interesting fact about the royal when watching the most recent series of The Crown.

In a complicated set of events, Anne embarked on a relationship with a young man named Andrew Parker Bowles in the 1970s.

The name might be familiar, as Andrew went on to marry Camilla Shand after his fling with Anne.

Camilla Shand, of course, is the woman who would go onto have a notorious relationship with Princess Anne’s brother Prince Charles, 70.

Now Camilla Parker Bowles, 72, is married to Prince Charles, after tying the knot in 2005.

Now officially known as Camilla, Duchess of Cornwall, is set to be Queen consort when Charles rises to the throne.

Of course, Anne went on to marry Mark Phillips, a fellow horse enthusiast, in 1973.

They divorced in 1992, however, and in the same year Anne married second husband Timothy Laurence, who she is happy with to this day.

A body language expert, Judi James, analysed images of old friends Anne and Andrew together in recent times, as they are often seen attending the races together.

Judi told the Express.co.uk: “Anne looks relaxed and engaged with Andrew and his body language over the years has often worn the air of a man engaging in some gentle, flattering flirtation.

“Like his ex-wife he seems to have the skills of being charming and fun and Anne responds with a good humour that is at odds with her often dour-looking facial expressions.

“Amazingly little has changed over the years in the body language dynamic between the pair. Andrew’s eyes might have drooped with age, giving him a look of droll sadness, but if anything the companionate signals between the two have strengthened, with Anne looking engaged and relaxed in his company.”

Anne and Andrew’s friendship is clear, and the Princess Royal relates to him in a way most royals do not to general members of the public.

Julie said: “While it’s common for people socialising with the royals to use almost constant eye contact as a checking and evaluating technique, when Andrew uses eye contact on Anne she returns the gesture, even when the pair are walking together, to suggest mutually active and engaged listening signals, plus some visual appreciation.

“Walking together at the races some years ago Andrew’s raised, rounded cheeks and the way he looks down at Anne and juts his lower lip as he smiles at her suggests he’s being charmingly attentive plus a little bit flirtatious.

“Anne responds with a wide smile and a laugh that suggests she is delighted here.

“Andrew leans very comfortable beside Anne with their elbows touching and Anne’s comic grimace suggests she is enjoying making him laugh.”