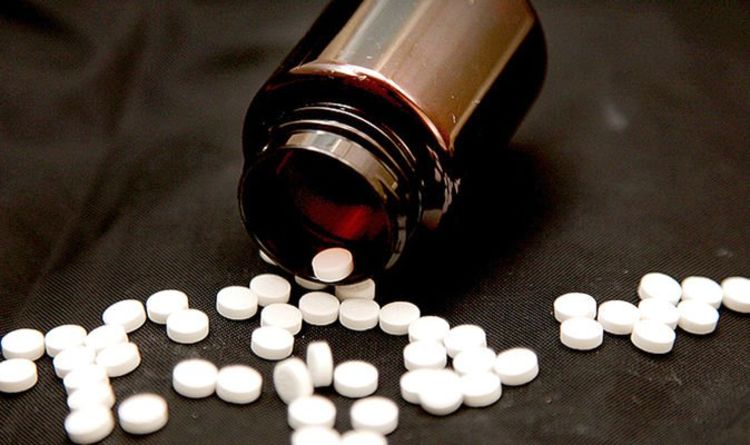 Scientists say people who take a regular low dose are 43 percent less likely to develop the disease. The drug also slashes death rates from any liver illness by more than a quarter. It could help combat an epidemic of fatty liver disease fuelled by the worldwide obesity crisis. Many people already take daily aspirin as a heart drug but the new US study adds to mounting evidence of its anti-cancer effects.

The findings, published in the New England Journal of Medicine, are based on an analysis of more than 50,000 people with chronic viral hepatitis – the most common risk factor for liver cancer.

Dr Tracey Simon, a hepatologist at Massachusetts General Hospital, said: “Rates of liver cancer and mortality from liver disease are rising at an alarming pace yet there are no established treatments to prevent its development.”

The study compared mortality rates among people who took daily aspirin and those who did not.

Compared with short-term use of three to 12 months the risk of liver cancer was 10, 34 and 43 percent lower for one to three, three to five and five or more years respectively.

Liver-related deaths occurred in 11 percent of aspirin users compared with 18 percent of non-users over 10 years.

Millions of Britons take aspirin to protect against heart attack and strokes. It is an antiplatelet, meaning it thins the blood and prevents clots from forming.

The medication has also been found to protect against a range of tumours including those of the bowel, stomach and throat.

But experts have warned there is still not enough proof to recommend it to prevent cancer cases and deaths.

Junk food and a lack of exercise have been blamed for people in their 20s suffering from non-alcoholic fatty liver disease. A study of more than 4,000 young adults discovered that one in five had dangerous levels of fat in their livers.