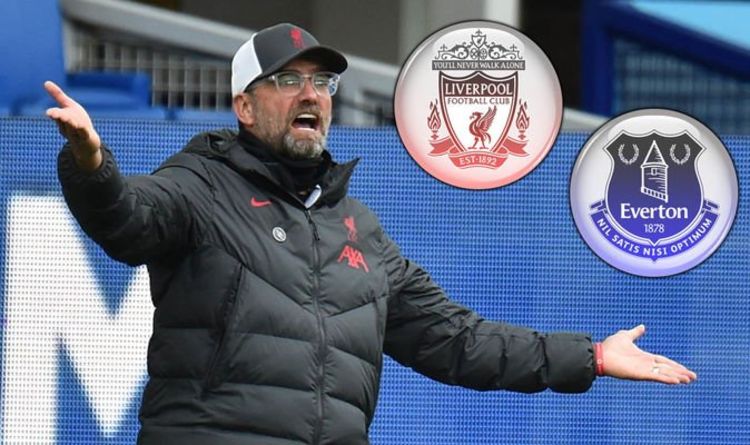 Liverpool boss Jurgen Klopp has fumed at Jordan Pickford for escaping a red card in his side’s 2-2 Premier League draw with Everton on Saturday. And the German was also unhappy with the decision to chalk off a late Jordan Henderson goal for offside. The match at Goodison Park was a belter, highlighting all that’s good about the English top flight.

Liverpool went into the match against Everton aiming to bounce back after losing 7-2 to Aston Villa last time out.

They struck early through Sadio Mane, who opened the scoring with a powerful striker that sailed beyond Pickford in the Toffees goal.

Pickford was lucky to escape a red card after a brutal challenge on Van Dijk, with the England international let off the hook with referee Michael Oliver not checking VAR.

Everton equalised through Michael Keane but found themselves losing late on, with Mohamed Salah on target for the Reds.

But they earned a draw courtesy of Dominic Calvert-Lewin, who rose highest to nod home a header.

Late on, Liverpool had a goal ruled out for offside. Henderson looked to have snatched the points but, in the end, the reigning Premier League champions were denied.

And a furious Klopp, speaking after the contest, said: “The performance was top.

“It was a top game, a good game from both teams. We were clearly dominant against a side full of confidence. It was probably the best game we’ve played at Goodison since I’ve been at Liverpool.

“But it’s still 2-2 for different reasons.

“Pickford kicks Van Dijk completely. I didn’t see it back but I saw Henderson’s goal from Sadio’s pass… I didn’t see offside. Maybe someone can explain it to me.

“It’s not just a red card on Thiago, it’s a messy foul and now we don’t know what [injury] he has. It looks not good to be honest.”

“I thought today would be the day we did it [and ended winless derby run] but it’s on to the next one.

“I can’t put my finger on why we came out slow, momentum was on our side but sometimes it happens.

“But we’ve made strides and got ourselves back in to the game and we had the chances to win it but we didn’t take them today.

“I’m disappointed we didn’t win the game and I know the fans are too. It’s frustrating but in terms of the bigger picture we got a point, we take it and we keep building.

“We want to keep that unbeaten run going and building towards that bigger picture at the end of the season.”