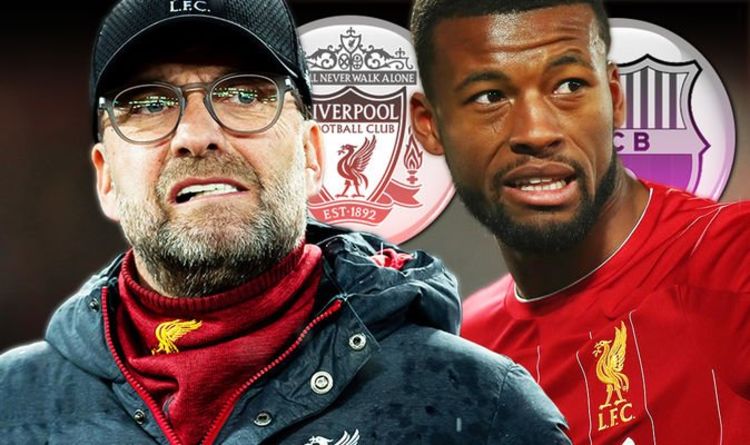 The Sunday Mirror claimed at the weekend that the versatile Wijnaldum, capable of being deployed in multiple roles in the middle of the park, will cost Barca around £15m.

If the player does move to Spain, Liverpool could look to launch a move for Bayern Munich’s Thiago Alcantara to replace him.

Klopp has been widely linked with a move for the 29-year-old former Barca ace, whose contract with the German champions expires next summer.

Bayern’s price tag – which is just shy of £30m – has so far proven prohibitive even though Liverpool have only made one signing this summer in left-back Kostas Tsimikas, whose £11.75m arrival was offset by Dejan Lovren’s £10.9m move to Zenit St Petersburg.

Asked about Thiago in July, Klopp labelled the Spain international “a great player”.

And last month he added of the midfielder: “There are a lot of interesting players out there but if someone is interesting for us I can’t say right now.

Some of the biggest adult websites on the planet have been infiltrated with malware, security experts have warned. The devastating new attack has seen...
Read more

Many retailers have been caught off-guard by coronavirus restrictions and shifting consumer habits, but DIY stores are enjoying a boom as people spend money...
Read more