Liverpool on the verge of sealing the Premier League title... 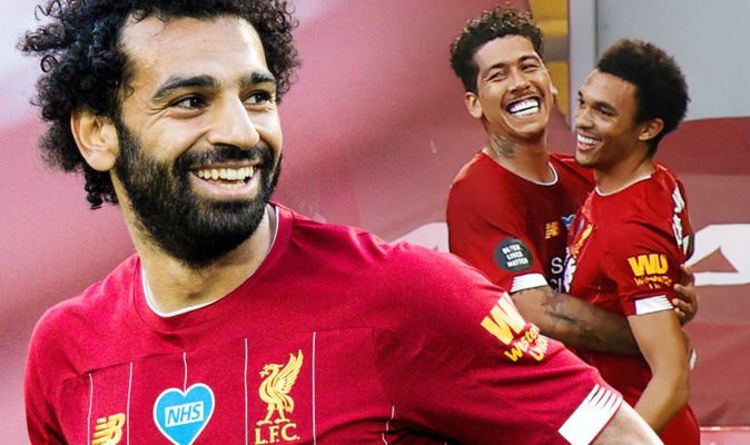 Liverpool have both surgically-gloved hands on the Premier League trophy now – it is just a question of when Manchester City let go. If the champions fail to win at at Chelsea, Liverpool’s long-awaited moment of destiny will have arrived.

The red flare is primed and ready to go up after Liverpool brushed aside Crystal Palace on their return to Anfield last night with first half goals from Trent Alexander-Arnold and Mo Salah plus two more collector’s items from Fabinho and Sadio Mane after the break.

After 30 years’ wait another week will not do any harm and it would be more satisfying from a Liverpool perspective if the handover were to come at the Etihad next Thursday. Still Liverpool have earned their moment whenever and wherever it happens.

The return of Roy Hodgson and his lavish lockdown lid to Anfield with Palace, ten years on from his forgettable six months in charge at Liverpool in the death spiral of the Hicks and Gillett era, served as a reminder of the road they have travelled under Jurgen Klopp. Those depressing days are a long way behind them.

Hodgson has done a remarkable job on limited resources at Crystal Palace in piloting them to the top half of the table. His diligence and organisation has given Palace a solidity other teams find hard to crack.

But Liverpool, with their frontline front three reunited, possess a different degree of firepower and their movement and width pulled Palace apart last night.

If there was any concern pre-match that an empty Anfield would sap their potency on home soil where they have not lost for more than three years in the league it proved unfounded,.

Few clubs feel their home comforts as deeply as Liverpool, and confronted with their first taste of crowd-free football at Anfield, they must have felt like rock stars playing at a monastery.

You’ll Never Walk Alone was pumped out before kick-off but last night that was exactly what Liverpool were doing with no fans inside the stadium. It was a mournful rendition.

Yet Liverpool played as if the roars of thousands were in their ears.

There were a handful of fans waiting outside for the ground for the arrival of the team bus but they were comfortably outnumbered by police as the stayaway pleas were heeded.

It proved a stress-free night for those sofa title-hunters as Liverpool, better balanced with the return of Andy Robertson down the left, totally dominated.