Liverpool set to play final Premier League games away from... 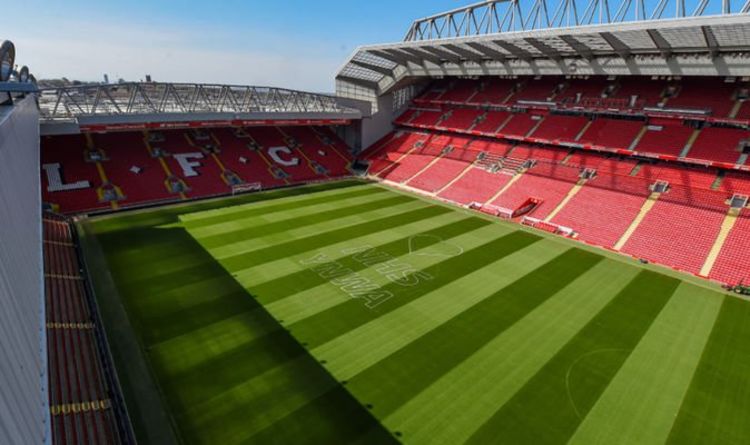 Liverpool are set to be the only club who will be playing their Premier League fixtures away from home when the matches get back underway next month, according to reports.

The Times claims there are fears that fans may turn up en masse outside stadiums of key matches.

That means Liverpool, who are on course for their first top-flight title in 30 years, may have to play home fixtures at neutral venues.

Other ties which come under the ‘key matches’ banner are said to be London derbies.

Premier League clubs have agreed on a restart date of Wednesday, June 17 and those teams with games in hand will restart first.

Aston Villa will travel to Sheffield United and Manchester City host Arsenal in the first matches back.

A full round of fixtures will then be spread over the weekend commencing Friday, June 19.

Liverpool need two wins from their remaining nine matches to beat Manchester City to the title.

The players returned to training last week and boss Jurgen Klopp was delighted to be back at the grind.

“The morning started already really well – I woke up even earlier than usual, and then I realised it is my first day,” he said.

“It felt like the first day at school; for me, it was 46 years ago, but it must have been similar. I dressed myself in my uniform again – and for the right reason, for going to training.

“I drove to Melwood and was really happy to see all the boys. I didn’t see all the boys yet, I only saw 10 of them and the coaches, which is a good start, I would say. They all look in good spirits.

“We started with training, good things, not the highest intensity but the boys look in good shape.”

Klopp has not only got to prepare his squad for the rest of this Premier League season as the 2020/21 campaign will likely follow straight on.

“We don’t know exactly how long we have, but we have some time to prepare the rest of this season and already the next season because I don’t think there will be a massive break between the two,” the German added.

“We don’t know exactly but we should prepare for a rather shorter break between the two seasons. It means that’s our training period, so use it.

“It’s a pre-season for us. We don’t know how long and we will not have test games or friendlies. Maybe we can organise it between us when we are allowed to, but it will not be the same like in other pre-seasons.

“We have to make sure we are as fit as possible for the first match; even for the second; and probably, 100 per cent, for the third. Or whatever, it depends how long we will get.”