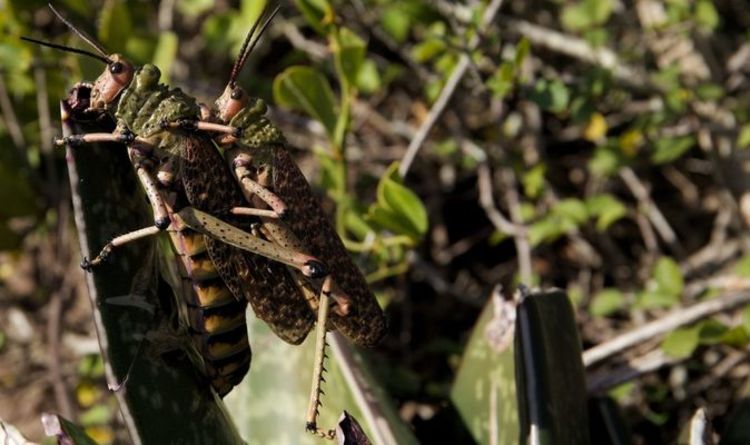 The World Food Program, a UN agency, has warned East Africa is facing huge food shortages over the next few months as a result of twin plagues. The first of such is the obvious coronavirus, which has now infected more than four million people across the globe.

Experts warn poorer African nations are not well equipped to deal with the outbreak, which has savaged some of the richest countries in the world.

The other ‘plague’ will be a huge swarm of locusts, which is potentially incoming could destroy crops, increasing food insecurity.

Researchers have pinpointed nine countries where up to 43 million people could be affected.

Matt Davis, the Catholic Relief Services (CRS) Regional Director for East Africa, told Crux: “Kenya, Ethiopia and other countries are responding as best they can, but the combination of these two simultaneous threats could take a massive toll on the people and economies.

“We’re concerned that both COVID-19 and the impact of the desert locusts are going to require a secondary humanitarian response.

“The fact that we have two crises going on simultaneously will eventually greatly increase the case load we and other humanitarian organizations are handling.

“With both crises being cross-border issues, coordination between agencies and governments is going to be more important than ever.

“When you have such an incredible number of cases that you want to provide for, ensuring that you have appropriate coordination is going to be key in preventing an already bad situation from getting worse.”

The continent had initially seen a slow start in the number of COVID-19 cases, but more than 2,000 people have now died in Africa from coronavirus.

But the World Health Organisation (WHO) estimates that there could be 10 million cases in Africa within three to six months.

The World Health Organisation (WHO) has predicted that between 29 to 44 million people could be infected in the first year.