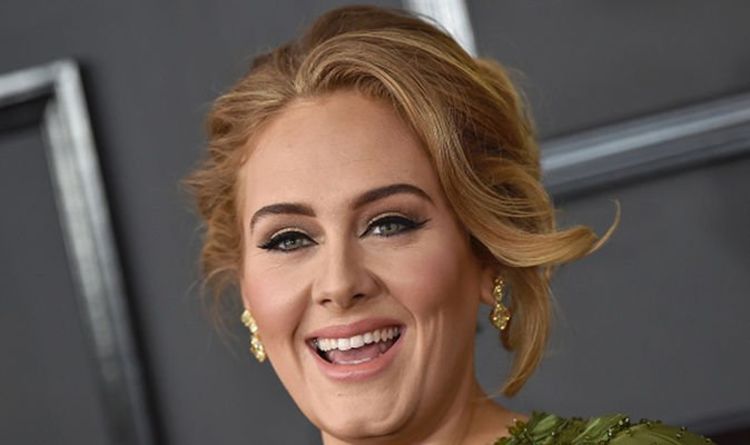 The singer, 31, chatted happily to US student Lexi Larson, 19, during a Caribbean holiday. Lexi said: “She said she lost something like 100lb and that it’s such a crazy positive experience. She seemed so happy, and she looked amazing. She seemed really confident.” Lexi met the star as she soaked up the sun with her son Angelo, seven, and pals James Corden and Harry Styles at Blanchards Restaurant and Beach Shack in British overseas territory Anguilla.

She opted not to pose for photos with Lexi and her friends, but introduced them to Harry.

Lexi said the celebrities were in good spirits and quizzed them about life and college. She said: “Adele came over and sat down next to me and my friend and was like, ‘So what can I do for you girls?’We were so excited.

“We were talking to her for a little while, and then she got Harry Styles to come over and sit with us also…we talked to them for 15 minutes probably.”

Adele looked carefree as she was spotted last week taking a dip, running around on the beach and relaxing in a low-cut polka dot dress.

The Someone Like You star, 31, stunned fans when she unveiled her new look in a snap from a Christmas Party last month.

And she dazzled in an off-the-shoulder velvet gown, cinched at the waist, at singer Drake’s 33rd birthday in October.

Sharing a photo of herself on Instagram, she told: followers: “I used to cry but now I sweat.”

Adele is said to have achieved her dramatic new look with the help of US-based fitness trainer, Pilates expert Camila Goodis. She is thought to be about to release new music after a tumultuous year, during which she split up with her husband, Simon Konecki.

On her birthday, a month after the break-up, Adele said she that was “trying my hardest to lean in to it all”.

She wrote on Instagram: “I’ve changed drastically in the last couple years and I’m still changing and that’s OK.” She added that “31 is going to be a big ol’ year and I’m going to spend it all on myself.

“For the first time in a decade I’m ready to feel the world around me and look up for once.”

Adele also dished up some worldly advice, telling followers: “Be kind to yourself people, we’re only human, go slow, put your phone down and laugh out loud at every opportunity.”