Loose Women’s Linda Robson reveals she would beg people at... 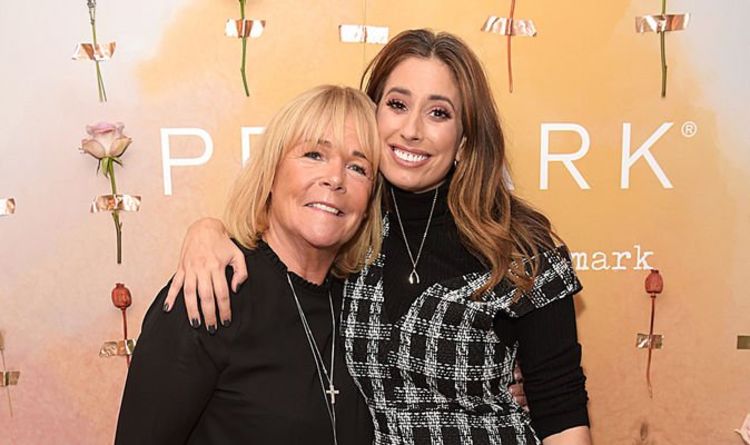 The 61-year-old, who suffered a breakdown 18 months ago, said her family would lock the gates to stop her buying the spirits she craved to cope with anxiety and depression. Linda said she put her “poor family through hell and back” and even “necked” half a bottle of rum during a trip out with a rehab nurse. During her illness police visited mother-of-three Linda’s north London home on multiple occasions and she had three stints in rehab.

The Birds Of A Feather star and Loose Women panellist’s erratic behaviour was later thought to have been caused by a rare allergic reaction to anti-depressant medication.

She said: “I’d find money and say, ‘Excuse me, I’ve lost my key and can’t get out…would you be able to go and get me a little bottle of vodka from round the corner?’

“And a couple of people did. But one day I asked a man to do it and he turned out to be from an alcohol crisis place that my family had called to come and help me.

Linda also had a “meltdown” three days into a girls’ holiday in Ibiza with Loose Women pals including singer Stacey Solomon, 30, and was found curled up in bed “in a terrible state”.

Stacey flew back to the UK with Linda, who was thinking, “What am I going to do? Where am I going?”.

She said: “I was scared, embarrassed and ashamed because my kids had been told their mum was in a state and needs help.

“When we got to the clinic they all met us there and when I saw their worried faces all I could think of was, ‘Oh no, what have I done to them?’.” Linda then started her recovery process and has not touched alcohol since changing medication.

She was bear-hugged by panellists Kaye Adams, Nadia Sawalha, Stacey and Jane Moore when she returned to Loose Women in January.

Saying she wanted to share her experience to help others in a similar crisis, Linda revealed: “I was just blacking out all the time.

“I had always been able to pick my grandchildren up but suddenly I couldn’t be trusted to do that because I might be drunk.” During one rehab stay, Linda said she knocked back a bottle of rum while other people looked on.

On another occasion, she sneaked up to a store’s alcohol counter while a nurse who took her for coffee to reward her progress was distracted.

Linda said: “I asked for vodka and they said they didn’t have it, so I pointed at a bottle of rum and said I’d have that instead.

“I’d already necked half of it by the time the security guards came over and grabbed me and the poor nurse was saying, ‘Oh Linda, I’m never taking you out for a coffee again’.”