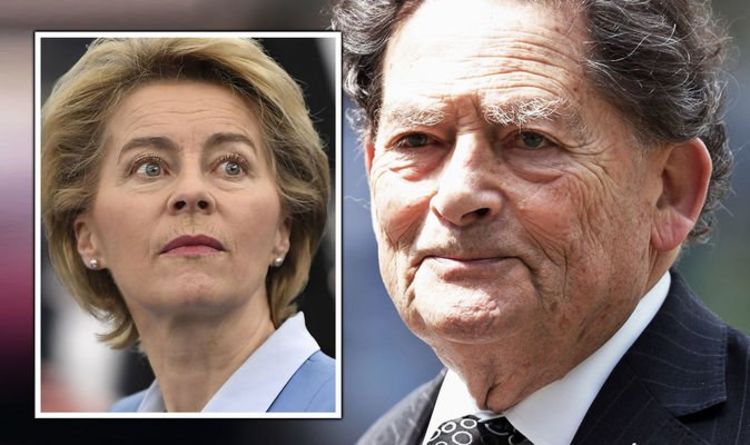 Mr Johnson has managed to secure Britain’s departure from the EU after years of political stalemate. Now the UK has entered the transition period, the Prime Minister has set the ambitious target of completing a free trade deal with the bloc by the end of this year. He recently announced that he intends to pursue a deal with the US over the next few months, too.

However, the President of the European Commission Ursula von der Leyen claimed that Mr Johnson’s deadline needs to be more flexible, while the bloc’s chief negotiator Michel Barnier said the UK has already signed up to a “level-playing field” by signing the EU Withdrawal Agreement.

Yet, Mr Johnson insisted in a speech in Greenwich earlier this month that if a comprehensive free trade agreement like Canada’s is not possible in that timeframe, then “our trade will have to be based on our existing Withdrawal Agreement”, confidently standing by his December deadline.

A whole host of other senior politicians feel confident in Britain’s negotiating abilities as well.

Lord Nigel Lawson – who spent six years as Mrs Thatcher’s Chancellor and became the Chairman of Vote Leave in 2016 – supported Britain outside the EU due to the size of its economy.

In a keynote speech at The UK in a Changing Europe’s conference from January 2016, Lord Lawson explained why the UK should have nothing to fear in the trade negotiations.

He said: “We are an enormously important market to the rest of the European Union.”

He added that “we are a market of approximately £300billion a year” – a statement supported by recently released statistics from the parliament.uk website.

The data on UK-EU trade released in December 2019 revealed how in 2018 UK exported £291billion of goods to the bloc, while the UK imported £357billion during the same year.

As Lord Lawson pointed out, the UK buys more of the bloc’s goods than the other way around.

The Conservative peer continued: “The rest of the European Union is interested in a free trade agreement with the United States, which may or may not happen.

READ MORE: How Scotland could suffer ‘back-room coup from EU’

The peer told the Andrew Marr Show in 2016 that “you don’t need to be in the single market to trade – it’s not an issue”.

Lord Lawson backed a no deal Brexit in 2017 too when EU discussions had come to a halt.