Lord Lucan revelation: Son dismisses allegations that his father is ALIVE and a 'Buddhist' 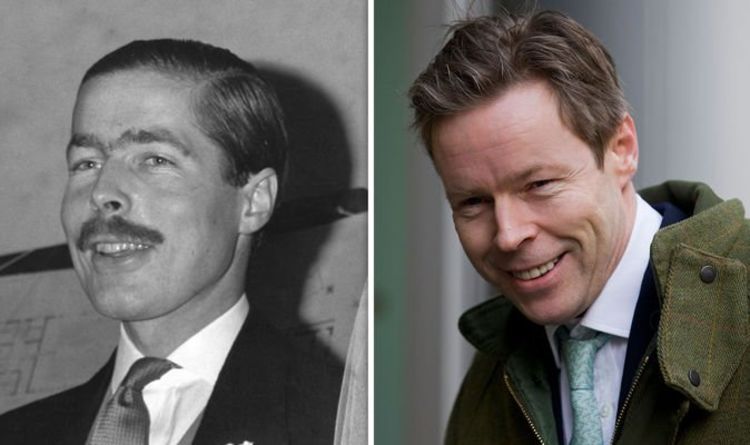 The dismissal from Mr Bingham came as Neil Berriman told the Daily Mirror that Lord Lucan had escaped to Australia with the help of powerful connections. Mr Berriman’s quest to find the truth came when he discovered twelve years ago that he was the son of Sandra Rivett who may have been murdered by Lucan back in 1974 when she was the family’s nanny.

Mr Berriman was adopted shortly after his birth, but upon discovering the truth of his identity vowed to uncover the truth about what happened to his mother.

What ensued was a four-year investigation funded by £300,000 of his own cash to find what happened to Lord Lucan, which led him to Australia where he now believes the aristocrat resides

George Bingham, Lord Lucan’s only son, said in a statement: “Quite frankly I am very skeptical about this. I had seen the story and it does seem odd. It would not be the first time someone has made a mistake”

Mr Bingham also noted that over the years there have been many sightings of his infamous father.

“My father has been found many times over the years only to be wrong,

“To be honest this is all ancient history. It happened in 1974 and now it’s 2020. I guess people will always go on looking and they are welcome to do so,” said the heir to the Lucan Earldom.

Mr Bingham who became the 8th Earl of Lucan back in 2016 after his father was officially declared dead by the courts, has said he is more concerned with his newborn son’s poor sleeping.

“I’ve more important things to worry about such as sleepless nights. My son Charles is not sleeping very well. That’s of more concern now.”

He believes that the man who could be Lucan is seriously ill and awaiting major surgery that has left him housebound.

The Daily Mirror confirmed with a source that an elderly Englishman who looks like Lucan does live in the house Mr Berriman has mentioned.

Lord Lucan would now be 85 years old, his wife Lady Lucan was found dead in September 2017 at the Belgravia home where the murder took place.

Father-of-two Mr Berriman, who lives in West Sussex, with his wife Kim, said: “He has been alive all this time. Lying about who he is. Lying about it to his new friends.”

Detectives believe that Lucan who was an abusive husband intended to murder his wife and killed the nanny by mistake.

By Experts are urging the Government to replace it with a circuit breaker lockdown to buy some time with winter looming - with one suggesting...
Read more
U.K.

By The two sides met this week to discuss trade between the UK and Taiwan which currently stands at £7billion. Following the talks, Minister for...
Read more
U.K.

By media captionMarcus Rashford and his mother Melanie helped out at FareShare Greater Manchester. More than 200 children's writers have urged the government to ensure no...
Read more
U.K.

By Current EU laws enable divorce proceeding to be carried out in another eligible European country. Under the European Council Regulation known as Brussels II, savvy...
Read more
U.K.

By Coronavirus infections continue to rise across the UK, according to the latest data from the Office for National Statistics. It estimates cases have risen by...
Read more