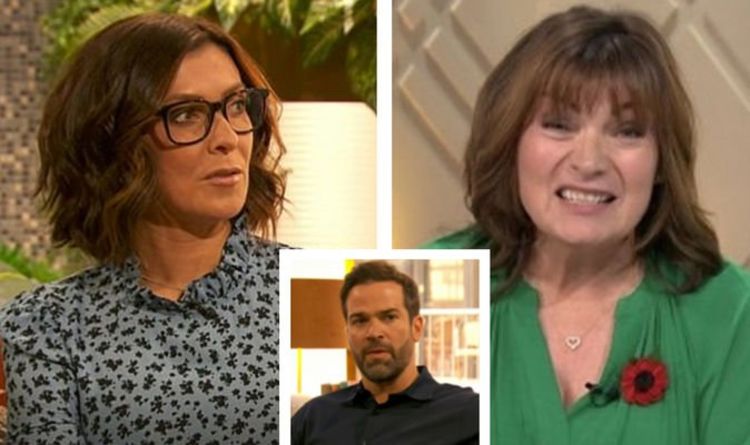 ITV‘s Lorraine has long been a pinnacle of daytime TV, with the Queen of daytime herself fronting it. But it appears Lorraine Kelly may have competition now BBC have launched their very own rival program Morning Live, which made its splash on-air on Monday morning.

Presented by former Coronation Street actress Kym Marsh and Gethin Jones, the new chat show has been described as a “lively and entertaining mix of topical content and expert advice”.

Only broadcast for 45-minutes, the presenters aim to discuss all the headlines that have the nation talking.

BBC have mirrored that of ITV’s schedule, with Lorraine airing from 9am-10am, following Good Morning Britain.

The program saw 1.5million viewers tune in to see what it was all about on Monday, whereas Lorraine averaged 1.3million with a 23.6% share, it’s been revealed.

The BBC press office official Twitter account shared the good news with fans after the viewing figures were released.

“#MorningLive launched with a peak audience of 1.5m viewers and a 26% audience share – the highest in its time slot!” they wrote.

It was shortly followed by another post, after it appears they were inundated with positive response from fans.

The account added: “We’ve loved reading your feedback about @BBCMorningLive – we agree that @msm4rsh and @GethincJones make a fab team! Tune in tomorrow on @BBCOne at 9.15am for more.”

The rival broadcasters often get fans talking about the battle of the breakfasts with GMB and BBC Breakfast going head to head in the early hours.

Now, it’s over to daytime as Lorraine appears to have competition to her popular talk show.

A second added: “#morninglive the studio looks like it’s been dragged out of the 60’s there is too much going on. Why was he gardening in a mask?”

While a third weighed in: “Why does the set of the new #MorningLive set look like a time warp from the 1950’s? Brown isn’t a good look guys.”

And a fourth drew comparisons with its ITV rival, defending its look: “Brand new BBC One ‘This Morning’ rival #MorningLive has just launched in the One Show studio at NBH.

“Personally like the warm ‘living room’ set. Interesting to see that studio space changed from the One Show. Though not sure about the TV screen shot of the front of NBH.”

Facebook
Twitter
Pinterest
WhatsApp
Linkedin
ReddIt
Email
Tumblr
VK
Previous articleHillary Clinton on her haters: 'You can just be who you are for better or for worse'
Next article‘The game is up!’ BBC licence fee no longer sustainable as viewers switch off live TV

ByVitamin D performs many important functions in the body, such as supporting bone health and bolstering the immune system. But, as Dr Chris explained...
Read more