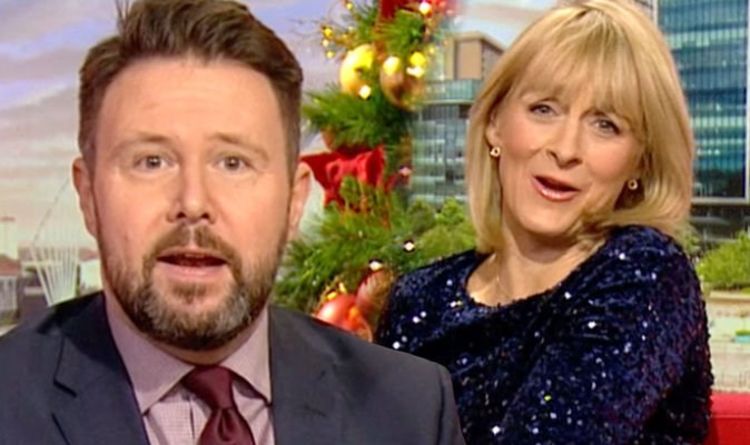 After teasing the segment which was coming up, Jon was about to hand over to the weather when he was stopped inches tracks by Ruby leaving the sofa.

“Oh, goodness me,” he declared, as the dog left the shot although Louise was still holding onto the lead.

“We’ll hopefully have her back in a moment,” the dog owner’s co-host remarked, before handing the reins over to weather presenter, Carol Kirkwood, 57.

Presenting the forecast from Blenheim Palace, the presenter said: “Ruby is adorable, as you’ve just seen.”