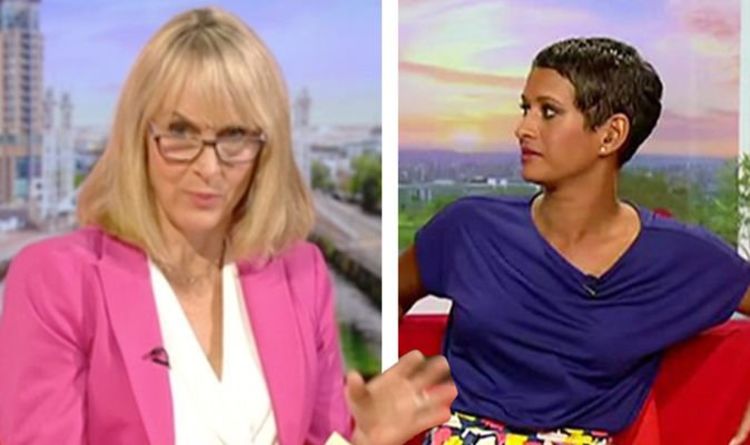 From six am, Monday to Wednesday, BBC One viewers turn on their televisions to see Louise Minchin sitting on the iconic BBC Breakfast red sofa alongside Dan Walker. This week, however, she has been absent from presenting duties and instead Naga Munchetty has been co-hosting with Dan. Express.co.uk contacted the BBC to find out why there was a presenter shake-up.

Since 2006, Louise has been presenting for the BBC, and in 2012 she became the deputy female presenter for their Breakfast show, preceding Susanna Reid.

Then in 2014, when Susanna left the cooperation, Louise moved to the prime time main presenter role for BBC Breakfast.

Initially, she co-hosted alongside Bill Turnbull, until 2016 when Dan came on board.

Together, Louise and Dan presenter the programme on Mondays, Tuesdays and Wednesdays, bringing the latest news, viral content and feel good moments into people’s homes across the UK.

However, this week, Louise’s spot in the infamous red sofa has been sitting empty, with Naga filling in for her instead.

As for what Louise is getting up to during her time off, she has been rather quiet on her social media.

Usually, she treats her followers to a selfie-snapshot of her and Dan from the BBC studio most mornings.

It wasn’t long before he was called out for his error.

And on BBC Breakfast, Hancock was offered the opportunity to explain himself.

The presenter said: “Before I let you go, I know your job is a difficult one to come on this morning and to do all these live interviews.