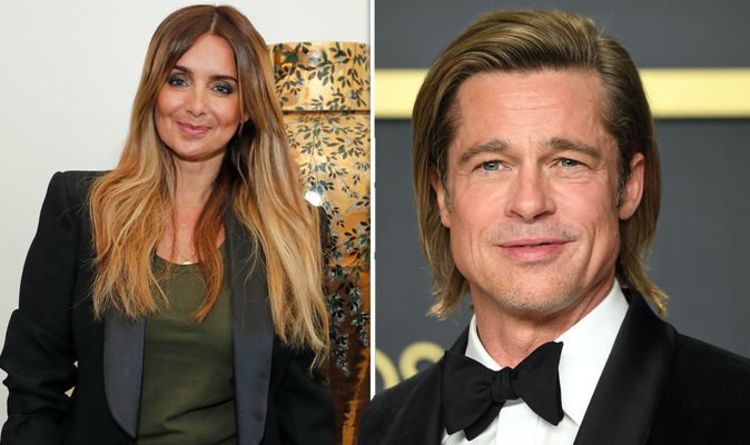 Louise Redknapp, 45, took part in a live Q&A on Instagram this evening, with her 698,000 followers. The singer answered a variety of questions from her fans on topics such as her new music, lockdown antics and her dream dinner guests.

After thinking about her three desirable dinner party guests, Louise revealed she would love to go for dinner with a “hot dude” like Brad Pitt, 56.

Revealing her three choices, she said: “David Attenborough, I love him.

“Janet Jackson… and I’d have to have a hot dude there, because it would be rude not to.”

She added: “Shall we with Brad Pitt? That would be an interesting dinner wouldn’t it?”

The actor is believed to be single following his split from Angelina Jolie in 2016.

Moving on from the question, the singer went on to respond to a fan who asked if she is dating anyone.

“No, I’m not,” she replied, adding: “I’ve got to be careful with what I say because what I said last week ended up in the papers.”

In the same Q&A, Louise told fans she is due to go round to her ex Jamie Redknapp’s house to rummage for some of her items at their former shared home.

The Stretch hitmaker had discussed being single during lockdown in her Q&A last week , telling fans she is feeling “lonely”.

On how she is coping at home, she said: “I think it feels like it’s been going on for a long time now and I think the longer it goes on the more we panic about jobs and for me it can be quite lonely.

“I’m here and it’s great with the kids but I’m used to going out working and being creative, so it’s tough.”

In response to another dating query, she replied: “No I’m not dating. No one seems to want me.”