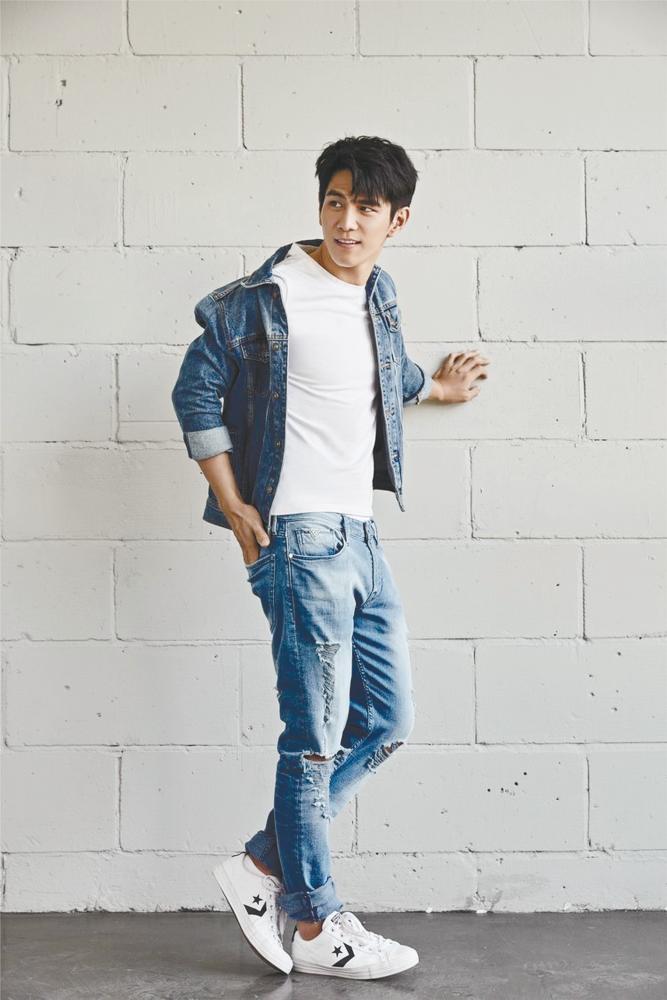 WINNING the title of Mr International Malaysia in 2006 allowed Hero Tai to set off on a fulfilling and exhilarating journey far beyond his wildest dreams.

He soon encountered a series of exciting job opportunities, ranging from commercial gigs and music videos, to TV dramas and blockbuster movies.

Tai shares: “I never thought of being a professional actor, even before the early days of casting in TV commercials, but the moment I had my first taste of what it was like … I fell hard for it and have been doing it ever since.”

On the big screen, his passionate and convincing acting captivated viewers, but it was his cheerful personality, alongside his dashing good looks and million-dollar smile, that truly set hearts aflutter.

The Johor native, who is currently based in China and Taiwan, explains: “To be a good actor, you’ve got to be sensible, observant and expressive. I see acting as a kind of performing art that allows you to experience every single aspect of different characters’ lives and personas.

“I’m so in love with it, it feels like I’ve been given a chance to live differently each time I’m playing a new role.”

With the ongoing pandemic, how has that affected your work?

“I’m currently in Taiwan to take part in some TV shows. Before this, I was actually filming in Malaysia for an upcoming Chinese crime drama, The Dragnet, in early March.

“We’re not done filming yet, and because the next shooting locations will be in Guangdong and Macao, the whole production has been suspended for the time being.
Nothing is certain until we’ve been given the green light to proceed with the film production.”

Many consider your pageant win as your break into the entertainment industry.

“Winning the title has definitely opened doors for me to be cast in TV commercials. In the very beginning, I auditioned for more than 50 casting calls and failed all of them, but later I got even more jobs and that opened up acting opportunities for me.

“After starring in the Malaysian film Kepong Gangster in 2013, Taiwanese television channel SET TV reached out to me to sign a five-year artiste contract with them, and that is how I kickstarted my career in the film and entertainment industry overseas.”

As a Malaysian, is it hard to get a big break outside of the country?

“We each have our own advantages and disadvantages. Many of us speak two languages, if not three, and that comes off as impressive in a foreign country.

“However, to articulate eloquently in perfect grammar is perhaps an issue, which could be seen as a downside, [and] I had to work on my accent and adapt in Taiwan and China.

“The different social cultures abroad also means I have to be more sensitive and observant to be accepted and to blend into the entertainment industry.

“Believe me, it’s not easy at all, and I still have to improve what I can every day.”

What is your advice for aspiring actors?

“Always be on your best behaviour, regardless of how many projects you’ve done, because one mishap will set you back and it will have an effect on your next gig.

“How we present ourselves will be judged by the public, and what we choose to post on social media will also be criticised by haters and keyboard warriors that couldn’t care less about how you feel.

“Therefore, we have to compose ourselves and be strong and firm when facing brickbats.”

What does the film industry in China and Taiwan offer that you don’t necessarily find in Malaysia?
“The local film industry is almost like a baby in comparison to other bigger markets, so when I had the chance to expand internationally, I grabbed it without a second thought. I wanted to expose myself to more experience, to build myself professionally and polish my skills as an actor.

“I’ve been looking out for opportunities to give my all to the local film industry and do what I can to contribute to its success; after all, my heart still does, and always will, belong to Malaysia.”

What is the most memorable project you’ve done over the years?

“This is difficult, because I love all the projects that I was part of. I guess it has to be the biggest Chinese drama I’ve done, The Death Book of the Xi Xia Dynasty. It was filmed in China in 2017, and cost around RMB200 million (RM123.5 million) to produce.

“[Regarding my role in] the adventure and mystery drama series filled with suspense, I play the descendant of the Xi Xia Dynasty who wants to restore the empire, which dates back a thousand years ago. The best way to [describe] the series is that it’s akin to China’s version of Indiana Jones.

“But unfortunately, after filming for 122 days to completion, the series has yet to be released. I really do hope we’ll hear more about it soon, so that I can present it to those who have been supporting me.”

Have you always envisioned this for yourself?

“To be frank, I didn’t envision all this to happen at all, and I still don’t quite know what would be the highest achievement I can accomplish in my life.

“Though one thing I am sure of is that throughout this journey, I’ve been true to myself in following my heart and doing what I love. And while I’m at it, I try to constantly improve myself, which also makes me feel good and able to live a life with no regrets.”