Love Never Dies UK tour: How to get tickets near YOU for Andrew Lloyd Webber show 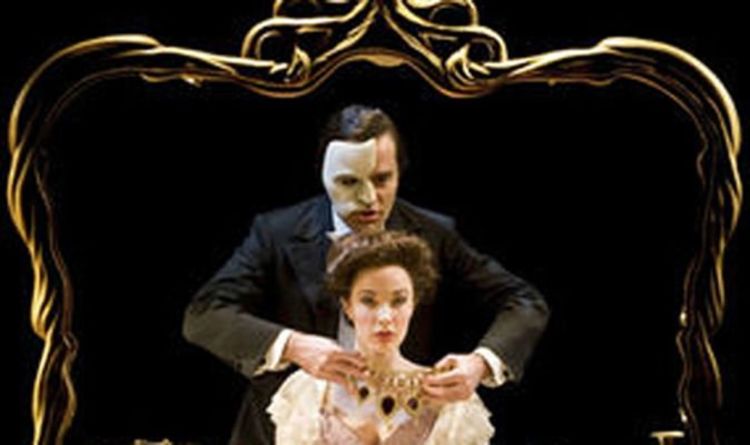 Andrew Lloyd Webber has written some of the most iconic musicals in the world, from Cats to Joseph and the Technicolour Dreamcoat. One of his best loved is Phantom of the Opera, which meant Love Never Dies, the musical’s sequel, was a huge hit with fans. Love Never Dies will now be touring around the UK – here is how you can get your hands on tickets.

At the moment, Andrew Lloyd Webber’s show will be playing at two venues – opening at the Curve in Leicester.

From here, the show will move to Manchester Opera House, and further dates are expected to be announced in the coming weeks.

These tickets go on sale on January 31, and fans are able to purchase them online.

READ MORE: Elvis Presley relationships: The women in the King of Rock and Roll’s life

To purchase tickets for the Leicester show, fans can go on the Curve’s official website to buy from January 31.

For the Manchester show, tickets are also available on the ATG website, and will also be sold from January 31.

Further dates and tickets will be announced, so fans can sign up on the Love Never Dies website for more information and upcoming dates.

GET TICKETS TO LOVE NEVER DIES IN MANCHESTER NOW

What is Love Never Dies about?

The official synopsis reads: “The year is 1907. It is 10 years after his disappearance from the Paris Opera House and the Phantom has escaped to a new life in New York where he lives amongst the screaming joy rides and freak-shows of Coney Island.

“In this new electrically-charged world, he has finally found a place for his music to soar. All that is missing is his love – Christine Daaé. Christine is struggling in an ailing marriage to Raoul.

“She accepts an invitation to travel to New York and perform at a renowned opera house. In a final bid to win back her love, the Phantom lures Christine, her husband, and their young son Gustave from Manhattan; to the glittering and glorious world of Coney Island, not knowing what is in store for them…”

Lloyd Webber has spoken out about the plot, saying he does not see the story as a sequel to the Phantom of the Opera, but instead sees them as standalone pieces.

In an interview with the BBC he said: “I don’t regard this as a sequel—it’s a stand-alone piece.”

He later added while speaking to Entertainment Weekly: “I really do not believe that you have to have seen Phantom of the Opera to understand Love Never Dies. I really don’t.

“But I hope if you see them together, if you wanted to see them back-to-back, that what you would get from them – from both of them – is the extension of where the story goes.”

The show will be going on a world tour, with only Leicester and Manchester announced at present.

However, the show did not win audiences in its time in London, with it only being open for 18 months.

It was first reviewed poorly, and Lloyd Webber closed the show in order to rework certain elements, which were then appreciated in following reviews from press.

It is unclear whether the original cast will return, given those who originated the roles of the Phantom and Christine returned for the London debut, or whether the cast will include those from various revivals, including Broadway, a stint in Australia and a US tour.