Lucifer season 5 is in peril 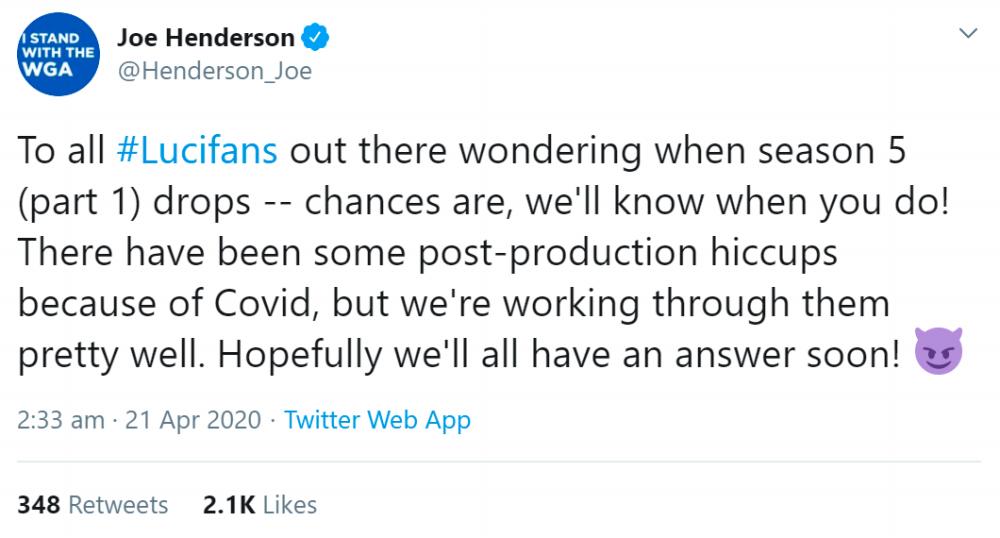 Poor Lucifans will be devastated to hear this news.

Lucifer season 5 was due to be released on Netflix in May 2020 but the show’s co-showrunner Joe Henderson revealed that there has been a setback.

Based on reports, the outbreak of Covid-19 forced production to stop. Sadly, they were in the middle of filming the finale episode 16 of the season!

Henderson recently tweeted that he’s also in the dark regarding the release date due to post-production hiccups caused by the pandemic.

To make matters worse, there are rumours going around that season 6 of Lucifer may not happen either. According to TVLine, main actor Tom Ellis might leave season 6 in peril due to ‘stalled’ contract talks with Warner Bros.

The show had its own share of troubles previously when it was cancelled by Fox but was picked up by Netflix for an additional two seasons.

With season 5 and 6 in production hell, fans now worry that they might have to say goodbye to the handsome Devil forever.