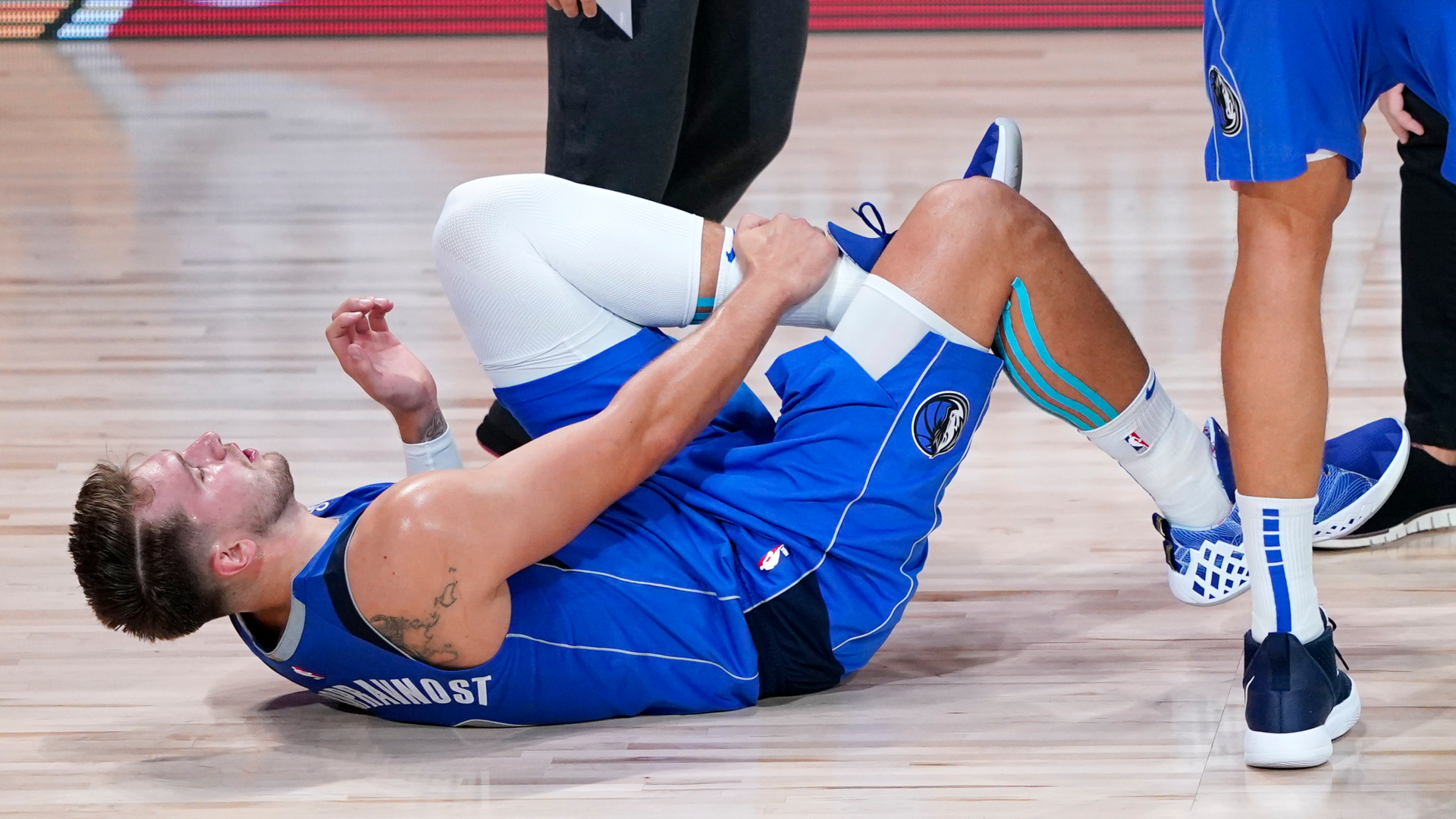 Rick Carlisle says MRI results for Luka Doncic’s ankle aren’t available yet. “That will certainly have something to do with [his Game 4 status], and mostly it will have to do with how he’s feeling, if he feels that he can play effectively on it.”

Carlisle said there was an issue with the MRI machine in the bubble, so that’s why they don’t have those results yet. Mavs are trying to get that sorted out.

Dallas Mavericks star Luka Doncic insisted his ankle injury was “not that bad” after a loss to the Los Angeles Clippers.

Doncic sprained his ankle in the third quarter of the 130-122 defeat in Game 3 of the Western Conference first-round series on Friday. The guard briefly returned before being forced off, finishing with 13 points, 10 rebounds and 10 assists as the Mavs fell 2-1 behind in the series.

Doncic insisted the setback was not serious, but he will undergo an MRI on Saturday.

“I mean I saw the video. I don’t know how it happened, but it’s not that bad,” he told reporters after the game. “Honestly, I had luck it’s my left ankle, it’s not my right so, it’s a little sprain. We’ll know more tomorrow.”

Doncic was unsure whether he would be available for the Mavericks in Game 4 on Sunday. The Slovenian said he felt restricted after returning to the court.

“I just wanted to get in you know. I know we still had a chance to win, help my team-mates, but obviously I could run a little bit, but I couldn’t push off my left leg,” Doncic said. “It was better to go out and let somebody play.”

“The game is early Sunday, which doesn’t help things, but we’ll see,” Carlisle said. “We’ve got every advanced treatment modality that you can have, as every team here does. We’ll see how this responds in the next 36 hours.”

Doncic, 21, became the third-youngest player to record a triple-double in the playoffs, behind only Magic Johnson and LeBron James.