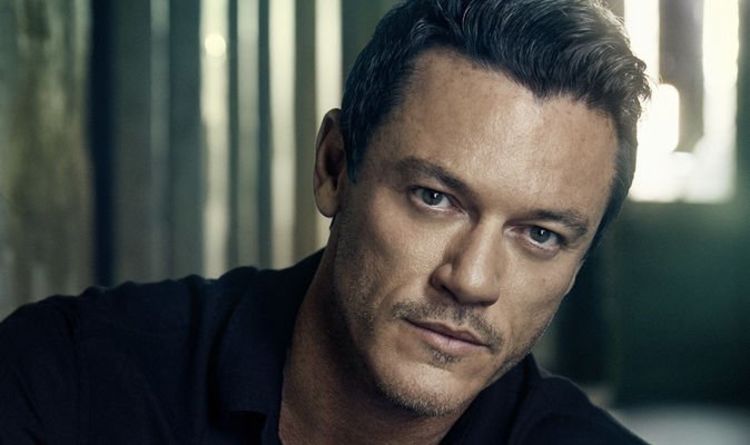 The multi-talented actor was back in London to promote his new album At Last. He gave an emotional rendition of Les Miserables weepie Bring Him Home last Sunday on Strictly Come Dancing. It’s a far cry from his hard man antics as the younger Shaw brother in the Fast and Furious franchise. So, when will we see him reunited with his terrible, trouble-making on-screen family?

Forget Vin Diesel, The Rock and all the bickering boys and girls.

What we want to see is the Brit pack.

Luke laughs as he thinks about spending time with Statham on set, let alone on screen.

READ MORE: ‘THAT’S ME ON SCREEN WITH THE ROCK IN HOBBS & SHAW’

He says; “They made all that effort to bring him back, so we know he’s alive, with that scar on his face.

“So, who knows? They brought Michelle Rodriguez’s Lettie back from the dead, for God’s sake. So anything is possible.

“It all comes down to the director and writer, what they want to with the scripts and also everyone’s availability.

“I’m so busy so I have to think if it’s worth going back, what they want the character to do. It’s an open book.”

The filmmakers might have to work hard to persuade Luke to return, though.

He says: “I became known as the go-to action guy. I mean, that’s great. It’s a career. But I want to explore deeper roles, work on independent films. You have so much more creative freedom and work with new directors.

“But it’s hard when Hollywood wants you to repeat what works. They play the odds and put you in one box.

“I want to step back and carve my own path.”

LUKE EVANS’ NEW ALBUM, AT LAST, IS OUT ON NOVEMBER 22