Lung cancer symptoms: Have you experienced this in your shoulder... 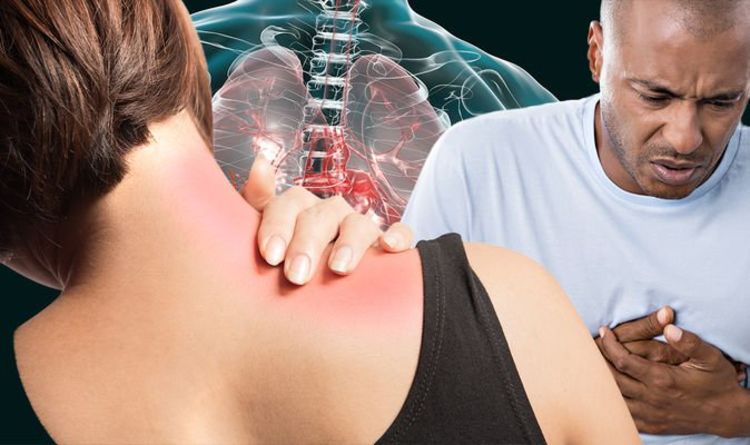 Other common symptoms include:

When to see a GP

As Cancer Research UK points out, these symptoms may not be due to cancer but it is important to get them checked by a doctor.

“A cough is also a symptom of coronavirus. It is still important to contact your GP if you have a new or worsening cough,” advises the charity.

They can speak to you over the phone or by video call and arrange for tests if you need them, it says.

READ MORE: Parkinson’s disease symptoms: Unusual signs in your mouth that may signal the condition

How to treat it lung cancer

Your treatment depends on the type of lung cancer, where it is, its size, whether it has spread, and your general health.

Surgery, radiotherapy and chemotherapy make up the main forms of treatment but other treatments are sometimes used to treat lung cancer.

“Photodynamic therapy (PDT) can be used to treat early-stage lung cancer when a person is unable or unwilling to have surgery,” says the NHS.

It can also be used to remove a tumour that’s blocking the airways, it adds.

Certain lifestyle factors are strongly associated with lung cancer, the most common being smoking tobacco.

Around seven out of 10 lung cancers are reportedly caused by smoking.

This includes breathing in other people’s cigarette smoke.

As an incentive to curb the unhealthy habit, your risk increases the longer you smoke and the more you smoke, explains Cancer Research UK.

As Cancer Research UK explains, COPD usually develops because of long-term damage to your lungs from breathing in a harmful substance, usually cigarette smoke.

“Your risk of lung cancer is higher if you have COPD or lung infection (pneumonia) compared to people who don’t have it,” it warns.