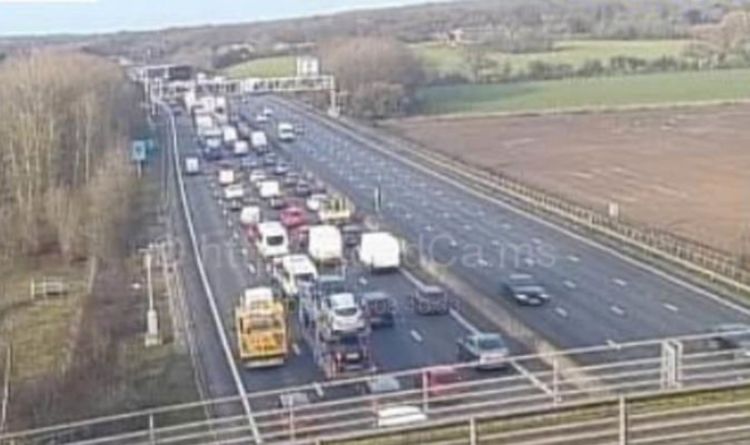 The crash occurred close the Holmesdale Tunnel near Waltham Abbey.

Two lanes are currently closed amid reports of five to seven miles of traffic.

The tailback stretches from J26 for Waltham Abbey all the way to J27 for the M11.