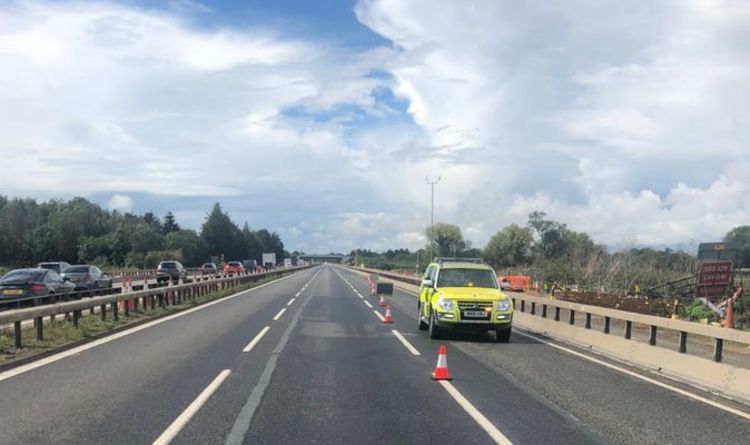 Thames Valley police roads policing unit announced they are dealing with an incident that took place along the M4 on twitter today.

They said they are planning on reopening some lanes shortly, but the motorway remains closed for now.

TVP roads policing tweeted: “We are currently dealing with an incident from junction 8/9 – 7 on #M4 #Slough #Maidenhead The motorway is currently closed but we are looking to open lanes 2 & 3 shortly #P6678”

The image shows cars queuing along the M4 as police cordon off the area.

Jeremy Corbyn – as well as Brexit – were key reasons for the Labour Party’s dismal performance at the December 12 general election, the...
Read more
U.K.

The health and beauty retailer and pharmacy chain said they were forced to suspend bookings as a result of “unprecedented demand” and “stock availability”,...
Read more
U.K.

The large crowd of people gathered at Hyde Park to protest the latest social distancing restrictions imposed by the UK Government in a bid...
Read more
U.K.

The UK recorded an additional 6,874 cases along with another 34 deaths. This figure surpassed Thursday when an additional 6,634 cases were announced.Related articlesThe...
Read more