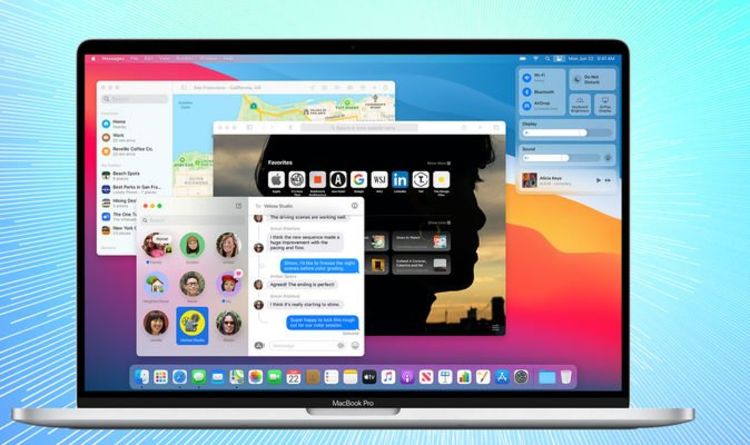 Apple held its annual showcase event earlier this month, where the company revealed new Apple Watch and iPad models as well as the release date a number of its feature-packed new software updates, including iOS 14, iPadOS 14, tvOS and watchOS 7. However, there was no word on when MacBook, iMac and Mac Pro owners could expect to see the arrival of macOS 11.0 Big Sur, which brings a dramatically redesigned user interface amongst a bucketload of other improvements.

That’s not all that unusual. In previous years, Mac users have had to wait a little longer to get their hands on the latest operating system compared with their iOS and iPadOS counterparts. However, we might have a clue about when you’ll be able to update your Mac.

According to a new rumour from tipster Jon Prosser, the next Apple event, which will be streamed online, will be held in the week beginning October 12, 2020. While Prosser, who hosts the immensely-popular FrontPageTech on YouTube, has had a somewhat patchy track record when it comes to predicting Apple launch dates. However, there’s good reason to believe he has the date for this launch event spot-on as AppleInsider has sources that claim the event will take place October 13, 2020.

Given that both sources have pinpointed the same week, it seems pretty likely that is when we’ll see the next event from CEO Tim Cook and co. will take place. Of course, we still haven’t seen the follow-up to the iPhone 11 and iPhone 11 Pro from last year, so it’s highly likely that Apple will use this time to unveil its new smartphone.

However, Apple promised that it would launch new Mac hardware, powered by its own chipsets – from the same team behind the processors inside the iPhone, iPad, and Apple Watch – for the first time before the end of the year. Unless the Cupertino-based company has another event up its sleeve (not impossible, but unlikely) then we’ll get some important Mac announcements during the October 13 event too.

And what better time to roll-out the latest macOS update than straight after unveiling the latest and greatest Mac hardware?

It makes sense to us. As with the launch event earlier this month, the update might roll-out a little while after the event – the following day, for example. But it seems highly likely that Mac owners will be able to take advantage of all the exciting new features from next month.