Macron on the brink: Protestors descend on Paris as President faces further chaos 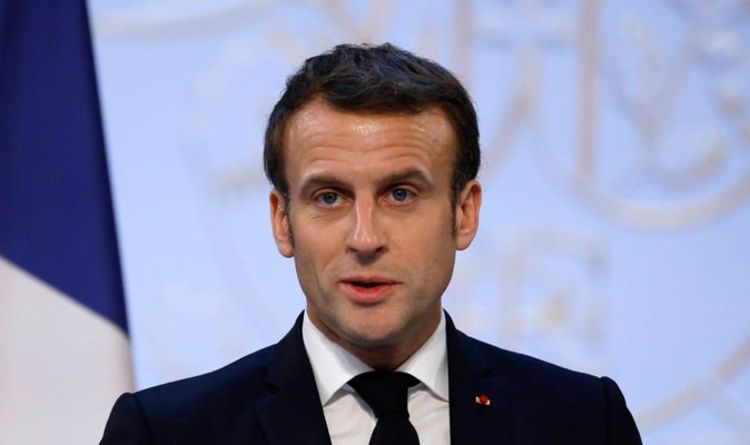 In videos posted on Twitter, firefighters clashed with police as the protestors marched through the city. Such was the mass of firefighters gathered, police were forced to fire teargas into the crowd and use batons to fight off the protestors.

The protestors have demanded the government recognise the safety concerns attached to their job and increase the hazard bonus which has not changed since 1990.

Mr Macron has seen a wave of unrest hit the country recently, with unions now mobilising against the President.

The latest protest comes as Mr Macron’s approval rating continued to plummet following the release of a recent poll.

In the poll by Europe Elects, a survey of 1,952 people asked between January 16-25 showed 68 percent of the public disapprove of the President.

His approval rating has also dropped to just 30 percent following the continued protests against how he has run the country since he was elected in May 2017.

The cause of the protests in the country are centred around Mr Macron’s plans to reform the pension system in France.

Last year, the country was plunged into chaos after after continued protests from the anti-government, yellow vest movement.

The protestors started in 2018 and lasted until November 2019.

He also added: “NATO only works if the guarantor of last resort functions as such. I’d argue that we should reassess the reality of what NATO is in light of the commitment of the United States.”

He added the comments had been “very, very nasty” as he took issue with his French counterpart.

“Nobody needs NATO more than France.

“It’s a very dangerous statement for them to make.”

Moreover, with the UK leaving the EU this month, Mr Macron has urged chief negotiator, Michel Barnier to be “cold-blooded” during negotiations.