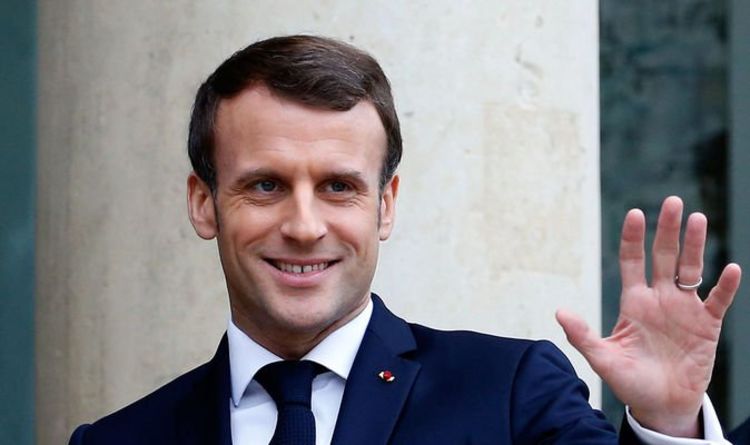 The French President last night also pleaded with Boris Johnson to “show flexibility” in order to conclude a deal within the Prime Minister’s 11-month timetable. However, he warned that it would be down for the UK negotiators to stomach concessions if a deal will be ready to implement ahead of the end of the year. Speaking in Paris, Mr Macron said: “It will be a complex negotiation that should be approached in cold blood by our negotiator Michel Barnier.”

He insisted the UK and EU should work to preserve their foreign policy, defence and security ties as part of the talks.

The French President also said Mr Barnier, the bloc’s chief negotiator, should protect the EU’s financial interests, such as maintaining access to British waters for fishermen.

“The preservation of deep ties with the UK, namely on foreign policy and security, and the defence of the interests of the EU,” he said.

He added: “The UK wants a short negotiation that ends by the end of 2020, it will be up to the UK to show during the negotiation, flexibility that is in line with these ties to Europe and this ambitious schedule.”

“We hope we will have a realistic framework that will allow us to reach an agreement over the next 11 months on how to achieve the best future relationship between the EU and UK,” Mr Plenkovic said, after a meeting with Mr Macron.

Mr Johnson has publicly declared Britain will not seek to extend the Brexit transition period, which keeps the country tied to the EU’s rulebook.

He will warn the Brussels bureaucrat that Britain will not allow any extensions to the Brexit transition period.

He will say Britons and citizens across the rest of the EU have had enough after three years of talks.

Mr Johnson will also insist he wants to secure a trade deal with the EU by the end of December 2020 when the transition period that keeps existing Brussels rules in place ends.

Ahead of her trip, Ms von der Leyen said she would use the opportunity to discuss the current Iranian crisis with the Prime Minister.

Discussions will continue in the House of Commons today to rule out extending the transition period in law.

Brexit Secretary Steve Barclay told MPs: “This Bill implements the Withdrawal Agreement negotiated by the Prime Minister. It fulfils the will of the British people and will set the stage for our bright future outside of the European Union.

“It lets us take back control of our laws, our money, our borders and our trade policy.