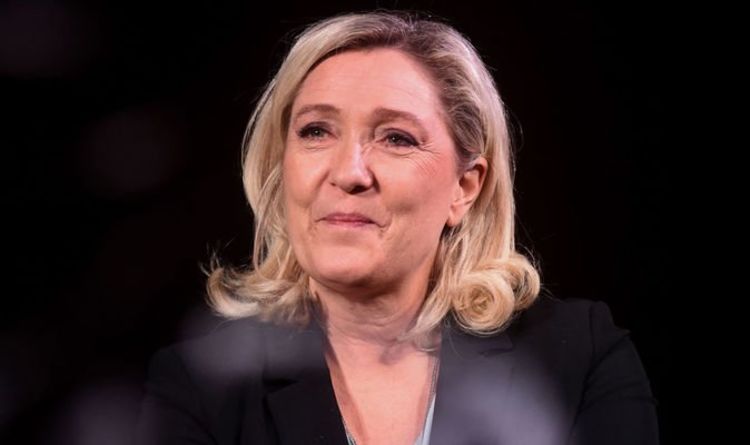 The nationalist leader decried the chaos and violence that has engulfed her country in the last 14 month under the French President’s reign. Ms Le Pen slumped to defeat in France’s 2017 general election as the leader of the far-right National Front, who many seemed to toxic to become an electoral force, forcing her to rethink strategies. Since Mr Macron’s election to Elysee Palace, his rival has sought to “detoxify” her image in the hope of finally ousting the establishment from power in France.

Ms Le Pen has rebranded, as the leader of the softer Rassemblement National, and believes she is the only candidate to beat an out-of-touch and elitist president.

In an interview with the Financial Times, she said: “Emmanuel Macron is the last gasp of the old system.

“He was presented as a new broom, and look what we’ve got. France has been mired in violence for 14 months. He said in 2017, ‘It’s me or chaos,’ and we’ve had uninterrupted chaos since he took power.”

She hopes to use a “profoundly reasonable and pragmatic” approach to shake-up France.

The country has been blighted with chaotic scenes in recent years, with the so-called ‘Yellow Vest’ protests against rising fuel prices and the cost of living, and more recently nation-wide transport strikes over Mr Macron’s proposed pension reforms.

“We don’t want to organise a revolution but to return to common sense.

“To practise economic patriotism, lower taxes, save money, stop massive immigration, which is destabilising our security and our welfare state . . . France is up against the wall financially, economically, culturally.

“The world is waiting for the return of France,” Ms Le Pen said.

She hopes to shed the concept of left-right politics and reach out to the whole country.

Despite seen as a right-wing figure, she claims that political opponents from the country’s other anti-establishment movements have all reached out to her.

We no longer have a left-right split but one between nationalists and globalists,” Ms Le Pen said.

“In this confrontation, we have every chance of coming to power at a time when across the world the ideas that we promote — control of immigration, economic patriotism, rational and reasonable protectionism — are increasingly powerful.”

Ms Le Pen wants to model her success on Prime Minister Boris Johnson’s dismantling of the so-called Labour red wall in the north of England.

She claimed the region is “a little like the Rassemblement National in very leftwing territory such as the Nord-Pas-de-Calais, or the east of the country”.

To win over left-wing voters, she plans to champion causes such as the fight against climate change as well as protecting France’s agricultural industry and trade interests.

But if Ms Le Pen does take power, it’s unlikely she will follow the UK out of the European Union.

As part of her political rebranding ahead of the 2020 election, she has dropped threats to quit the bloc and its euro single currency.