Madness! Londoners begged to drive to avoid tubes… and now... 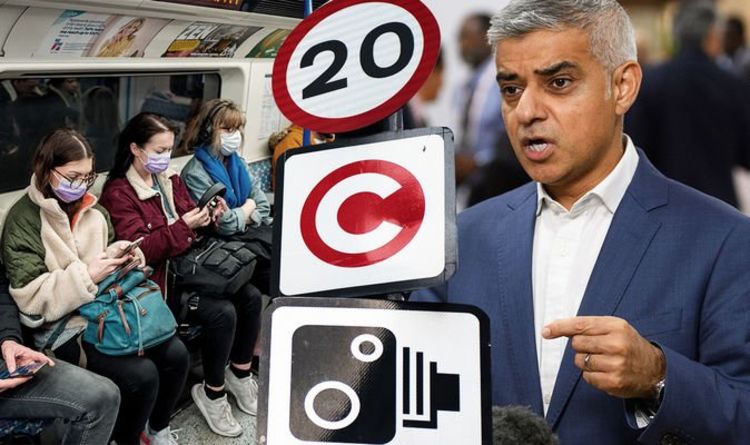 Commuters are furious after it emerged charges for drivers coming into central London will rise to £15 and commuters will face rising fare charges. This all comes despite Prime Minister Boris Johnson’s plea to Britons to drive to work if they can to avoid public transport. Mayor of London Sadiq Khan accused the DfT of “making ordinary Londoners pay the cost for doing the right thing on COVID-19” after his £1.6 billion bailout.

The department said temporary measures consist of stopping free travel for children and only allowing people over 60 or with a disability to travel for free outside peak hours.

From 22 June, the congestion charge for people driving into the centre of the city will rise from £11.50 to £15.

Fares on buses – scrapped to help protect drivers from coronavirus – will be reintroduced.

These changes will take place “as soon as practicable”.

The department also announced that TfL will introduce above-inflation fare rises from next year.

Fares will go up by RPI+1 percent.

Mr Khan has frozen single fares since he became mayor in May 2016.

The DfT said the agreement means TfL will increase service levels “as soon as possible to ensure people can follow social distancing guidelines while on the network”.

Concerns have been raised about packed Tube trains and buses this week after the Prime Minister encouraged people in England to go to work if they cannot work from home.

Tory Mayoral candidate Shaun Bailey added: “TfL’s bailout was only necessary because of the financial negligence shown by Sadiq Khan. To try to deflect responsibility for his policy failures isn’t just a failure of leadership, it is a lie.

“The Mayor is lying when he says the Government has forced this u-turn. He had planned a fares increase as early as last year.

“Most Londoners are now grateful that the terms of Sadiq Khan’s humiliating bailout should now limit the damage he is able to inflict on our transport network for the duration of his term in office.”

A Twitter user said: “Boris says don’t use public transport and to drive, so you reintroduce congestion charge.