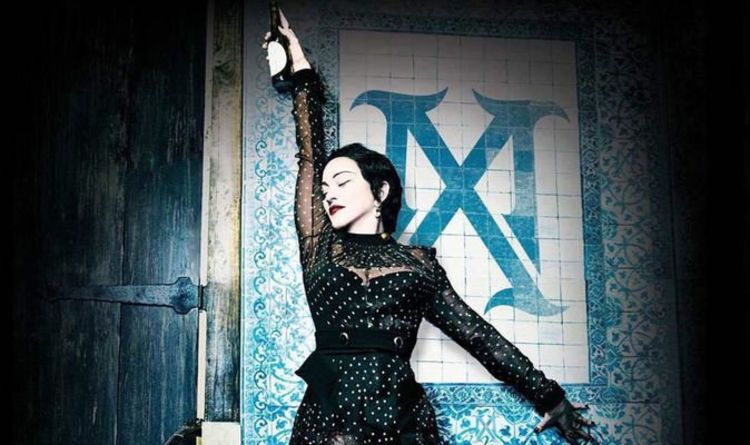 X marks the spot where Madonna will not be performing… With just 48 hours to go, Madonna has cancelled another date on her headline-grabbing tour. She was recently forced to abandon a show in Lisbon, her eighth so far, and now has announced she must delay the UK leg of the tour, on doctor’s orders. The star confirmed all tickets would be refunded but this is small comfort to her army of fans. They aren’t just devastated they won’t get to see their idol, many of them are travelling in from outside London and have paid for transport and hotels.

In a statement to her fans, Madona wrote: “I am deeply sorry that I have to cancel my concert scheduled for Monday 27 January in London. Under doctors’ guidance I have been told to rest for a few days.

“As you all know I have injuries that have plagued me since the beginning of the tour but I must always listen to my body and put my health first.

“The last thing I want to do is disappoint my fans or compromise the integrity of my show. So I will keep going until I cannot.”

Madonna apologised to her fans and confirmed full refunds would be given. She also confirmed that the next show on Wednesday was still scheduled to go ahead.

When most major artists tour extensively, cancellations do happen, whether due to illness or some other unforeseen circumstance.

However, in many cases, alternate dates are scheduled and fans are offered the choice to transfer their tickets to an existing available date, the new date or request a refund.

In the case of the Madame X Tour, it is heavily sold across all dates and up until now, no new dates have been announced to replace the cancellations. So far, Madonna has cancelled nine shows, including this latest one in London.

There are still tickets listed for the upcoming London shows

When Madonna cancelled the January 19 show in Lisbon, her health and body were again cited as the reason.

She said at the time “Thank you again Lisbon! Sorry I had to cancel tonight but I must listen to my body and rest!!”

This time, she posted today: ” Again I am deeply sorry to disappoint anyone and please know that it hurts me more than you can imagine to have to cancel any shows.

“Thank you again for your understanding.”