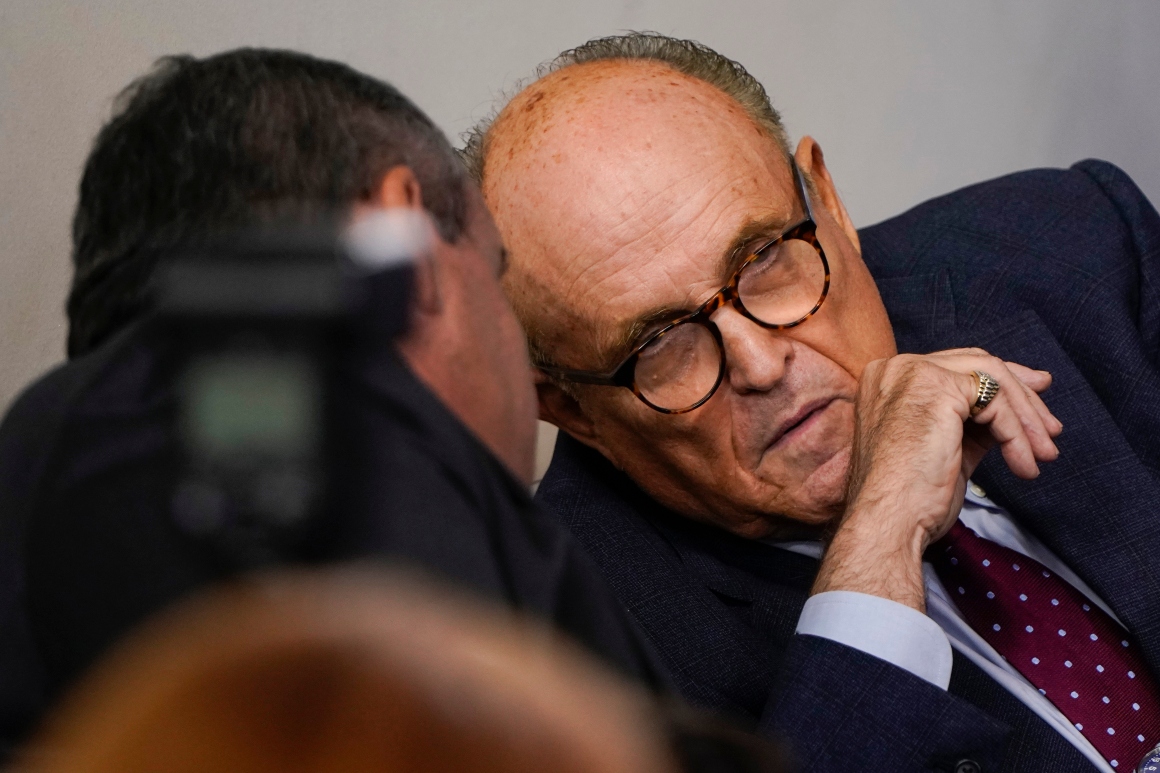 When Breitbart did touch on new revelations, it preemptively distanced itself, carefully framing a fresh trove of emails as an independent investigation by Peter Schweizer, author of “Clinton Cash,” the 2015 look into the Clinton family’s extensive foreign financial ties that made several overstated or inaccurate claims.

So the story has gone elsewhere. Videos apparently showing Hunter Biden in compromising positions, allegedly obtained from the laptop, have been uploaded to a Chinese website owned partially by Steve Bannon, the former Trump aide who has been helping Giuliani. The explicit photos ended up on Gateway Pundit, a site known for promoting conspiracy theories about various Democratic figures. An email allegedly tying Hunter Biden to a Kazakh oligarch ended up in the British tabloid The Daily Mail, with only a passing mention of Biden. Other details have been published by outlets connected to prominent conservative super PACs.

Ultimately, the bulk of fresh allegations have been reduced to public statements from Tony Bobulinski, Hunter Biden’s former business partner, who found a willing partner in Fox News host Tucker Carlson on Tuesday night. Bobulinski got an extensive, 45-minute segment to lay out his case to Carlson’s millions of viewers. Yet elsewhere, Giuliani has groused on his podcast, “Common Sense,” that the public can only find out the truth from him, “because I’m not allowed on main television to tell you these things.”

CEO Jack Dorsey is synonymous with Twitter. But when it comes to the policies that could affect the election, Vijaya Gadde is the most important Silicon Valley executive you’ve never heard of. POLITICO’s Nancy Scola reports on the woman behind Twitter’s biggest decisions.

It’s not the way Trumpworld would have wanted it. As much disdain as the president’s supporters have for the media, their ultimate goal was to place a story in a well-known, conservative-leaning outlet that conclusively showed Biden profiting off his son’s business deals. Doing so would simultaneously establish the conservative media’s journalistic prowess and bolster MAGA claims of mainstream media bias.

But no A-list conservative outlet has published anything living up to those claims. Instead, these outlets have turned their firepower toward other reliable topics: social media bias; deep state plots; and the media’s failure to cover a story they themselves have backed away from, leaving Giuliani and Bobulinski to sell the story to the fringe.

“I think we’re seeing a tactic of something like flooding the zone,” said Chris Loofte, the senior editor of First Draft, a nonprofit that works to combat disinformation. “And it could be backfiring, in that all of these leads are circulating, but none of them are really getting all the attention that would be required for an outlet like The Wall Street Journal to give them any attention.”

A group of Trump allies initially tried to give the story to The Wall Street Journal in the hopes of an exposé, according to The New York Times. But as the Journal reviewed the Hunter Biden documents, Giuliani and Bobulinski started to push every part of the story everywhere — first in the New York Post, then across OAN, Newsmax and whatever outlet would take their content. Then a second trove of emails dropped, given to Schweizer and published on Breitbart.

But with bits and pieces of the entire Hunter Biden narrative floating across the conservative mediasphere, few people on the right have been able to explain who, exactly, did what, on behalf of whom.

“Steve, I implore you, we are 15 days out from the election. When is the big shoe drop going to drop?” he asked.

At that point, though, the majority of the Hunter story had, in fact, already dropped.

Even the president himself has had a hard time citing the convoluted storyline, making arcane references during the last debate, randomly bringing up pieces of the story during his rallies, and referring, frequently, to the “laptop from hell” but not explaining what’s actually on the device.

“You know the laptop? You know what it’s called? I said it last night in Wisconsin. It’s called the laptop from hell. Right?” Trump declared Sunday night at a rally in Manchester, N.H. “That laptop. That laptop is not good.”

Angelo Carusone, a longtime monitor of conservative media and president of the progressive group Media Matters for America, said the situation has all the ingredients of a scandal, but that no one can agree on exactly what the scandal is.

“They have this diary, but it doesn’t actually say anything. They have these videos, but they don’t really demonstrate anything about Joe Biden, so most mainstream outlets aren’t going to pick it up,” Carusone said. “But in order to scandalize it, you would need Fox News and the rest of the right-wing echo chamber to sing from that page, and they’re not.”

There is, Loofte argued, a straightforward problem with it.

“There hasn’t been evidence in those emails that any of these deals actually happened, or that Hunter’s relationship with Joe was the deciding factor,” Loofte said. “I’m not commenting on the story itself. I’m just talking about the sourcing. I mean, it’s just these emails.”

But the insinuation of the story, and its promotion by the president, is enough to keep the emotional core of the narrative alive. Stories about the Hunter story keep popping up on lesser right-wing blogs, and coverage about the elites’ alleged censorship of the story dominates the conservative news cycle.

“That’s a side effect of a broader trait of media consumption online, which is that recommendation algorithms tend to direct people to material that’s already familiar to them,” Loofte said.

The timeline is certainly working against Trump’s allies, though. About 70 million Americans have already cast their votes. And with less than a week left before the election, the window for conservatives to center around a singular narrative about Hunter Biden’s alleged crimes — and how they actually connect with Joe Biden — is closing by the day.

On Tuesday night, Bobulinski made his final pitch to America. Appearing on Tucker Carlson’s Fox News show, he laid out his claims about the Biden family’s business dealings with China in 2017, flashing emails, texts and documents. It was his attempt to paint a coherent narrative: “Joe Biden and the Biden family are compromised,” he told Carlson.

The appearance brought immediate gratification to the conservative world, ranging from calls to investigate Biden to calls for the story to break out of the right-wing echo chamber. “One rule” should govern: However news organizations dealt w/ allegations of Russian collusion w/ @realDonaldTrump, it should deal w/these,” tweeted prominent conservative radio host Hugh Hewitt.

Still, over on the Fox Business Network, Giuliani was storming off the set of Lisa Kennedy Montgomery’s show mid-interview, after the host compared his allegations to the mostly unverified Russian dossier.

“You are now repeating lying propaganda,” he shouted, tearing off his microphone and flapping his hands in anger. “I think our interview is now over!”

ByBurgess Everett and John Bresnahan Ahead of another brutal fight for Senate control and a 2022 map tilted against the GOP, Republicans are racing to...
Read more
US

ByAlice Miranda Ollstein and Adam Cancryn “You need the right people messaging,” said Vin Gupta, a professor at the University of Washington’s Institute for Health...
Read more
US

Covid in North Dakota: One day inside a rural US hospital’s fight

Biden will nominate Antony Blinken as secretary of State

ByNatasha Korecki, Natasha Bertrand and Nahal Toosi Blinken, 58, is considered a moderate who is well regarded by foreign diplomats and can pass muster with...
Read more