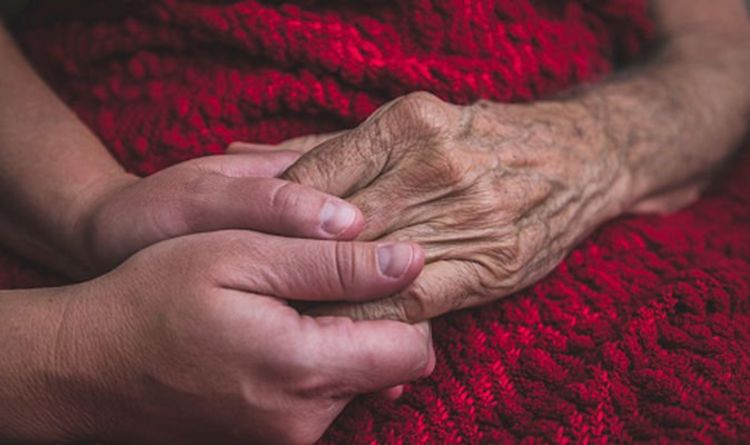 Described as “like magic” by one patient, the three-hour procedure to treat essential tremor is currently unavailable on the NHS. However, NHS England is now examining its potential. The disease, often mistaken for Parkinson’s, is a disabling neurological condition that affects more than a million people in the UK. Even though it causes uncontrollable shaking it has often been overlooked by doctors and charities because it is not considered life-threatening.

The condition is caused by misfiring circuits in the brain.

The new treatment uses magnetic resonance imaging to guide beams of sound energy which heat and destroy the tissues causing mistimed electrical signals to be sent to muscles.

The patient wears a helmet with 1,000 ultrasound sources focused on a single point, guided by an MRI machine.

This lets clinicians target a specific focal point with very little heat produced around that point, meaning only the targeted tissue is destroyed.

It is being carried out by neurosurgeons at Imperial College London, after a series of global trials showed “outstanding results” in thousands of patients. But, Professor Wladyslaw Gedroyc, a consultant radiologist at Imperial College who has championed the use of the treatment, said: “It is a tragedy we cannot do this on the NHS.

“This treatment is so game-changing and exciting. If used more widely it could transform lives for thousands of patients. It has been repeatedly shown to cure symptoms with just one completely non-invasive treatment.

“They need someone to feed, clothe and help them with daily tasks.”

The disease can affect one or both sides of the body. Earlier this year John Dickinson, a 76-year-old former apprentice jockey and builder, became the world’s first patient to be treated for both sides of his tremor which had affected him in both arms since he was in primary school. He was treated at Imperial as part of ongoing trials.

Mr Dickinson, a father of two from Hailsham, East Sussex, had suffered since his school days. He said: “Teachers were not sympathetic and told me I wasn’t trying hard enough. But the more I tried to concentrate the worse it got. I thought I was fairly clever. I knew the answers but a lot of the time I couldn’t get them down.

“As I got older I became reclusive – I was always frightened of people thinking I was on drugs or an alcoholic. “My wife would help with daily tasks like dressing. It has been very difficult and my wife is very tolerant. She has done a lot for me.”

In November 2017 Mr Dickinson was invited to take part in the first UK trial for the guided ultrasound treatment and in January this year he became the world’s first patient to undergo a bilateral treatment for the second side.

He said: “When I came out of the procedure I was given a sandwich and a drink. I picked up the sandwich in my right hand. I sat in amazement for a minute or two before I took a bite.

“I was emotional. Before I would have shaken all the filling out.

“After the second treatment we went to a pub. I carried two pints of beer from the bar to our table.

“It brings tears to your eyes. You go in with the shakes and come out without. It’s like magic.”