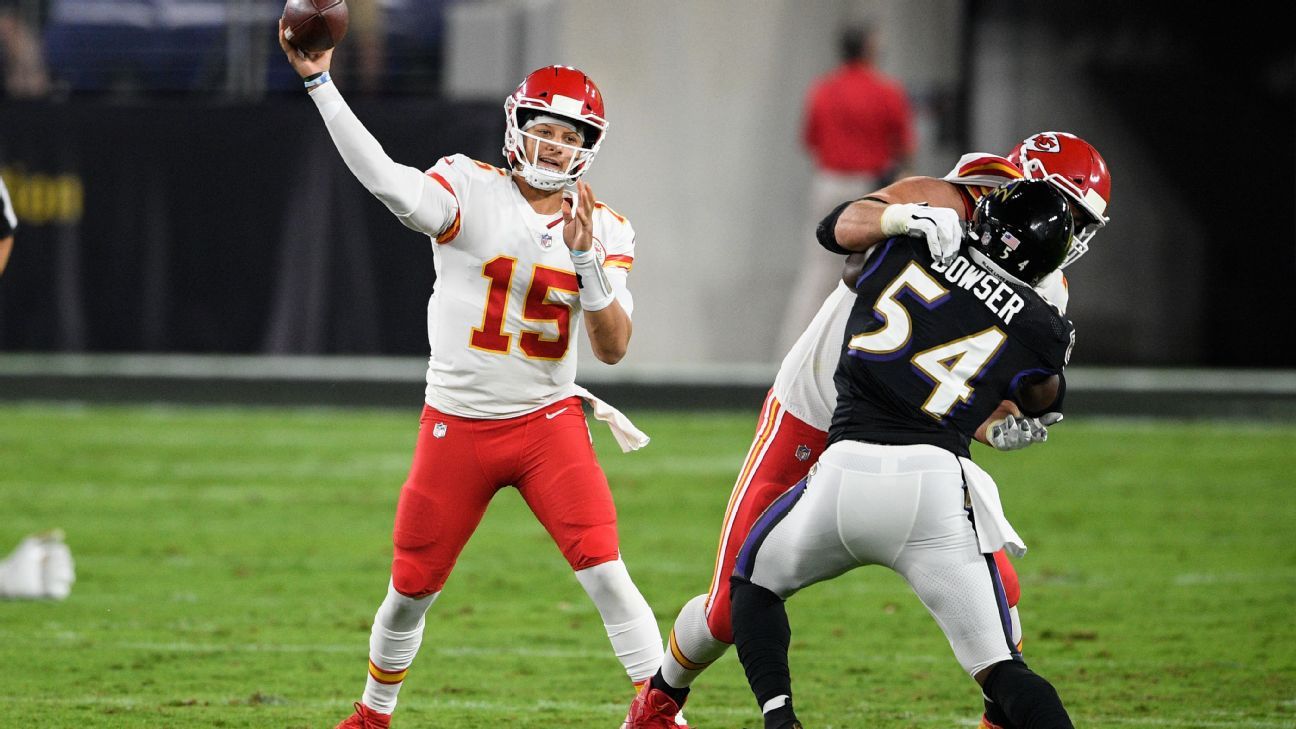 Kansas City Chiefs quarterback Patrick Mahomes became the fastest player to collect 10,000 career passing yards in Monday night’s game against the Baltimore Ravens and he did it the hard way. Mahomes did much of his best work by beating the blitz.

“You’ve got to give Patrick credit for leading the charge there,” Chiefs coach Andy Reid said of Mahomes’ game against the Ravens’ pressure. “He stepped up big and wanted the responsibility.

“You can’t possibly cover all the different things (the Ravens) do. You just have to stay disciplined in your rules and go from there.”

Mahomes’ assortment of unusual throws included an underhanded shovel pass that went for a 5-yard touchdown to fullback Anthony Sherman and a 2-yard touchdown pass to offensive tackle Eric Fisher.

“Our defense, when you go in training camp against (defensive coordinator Steve Spagnuolo), you’re getting a heavy dose of blitzes from everywhere,” Mahomes said. “We may not have seen some of thew exact blitzes but we’ve seen blitzes with fire-zone pressures and cover zeroes. Guys sped up their routes and the offensive line gave me enough time.”

Mahomes, in his 34th regular season start, completed a 13-yard pass to tight end Travis Kelce in the first quarter that put him over the 10,000-yard mark. Kurt Warner had the old record at 36 games.

Mahomes in his first season as a starter in 2018 became only the second quarterback in NFL history to throw for 5,000 yards and 50 touchdowns in one season.

“The sky’s the limit for this kid,” wide receiver Sammy Watkins said. “He’s a special, rare breed of talent.”