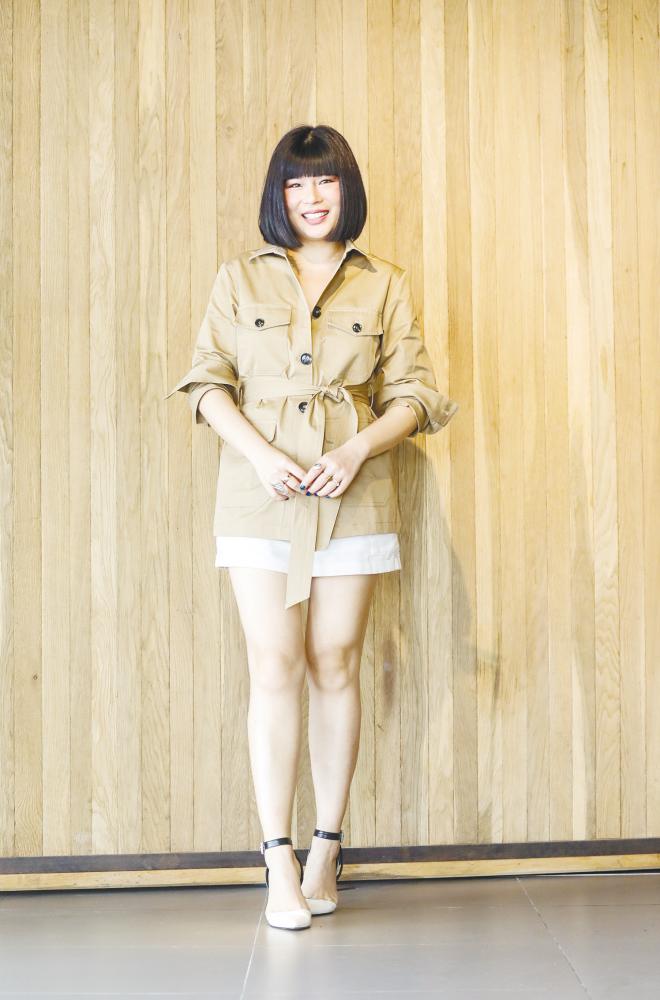 GIVING us a small peek into her upbringing, Xandria Ooi related a story about how, when she was in primary school, she told another little girl that she had to pay for the privilege of being her friend.

A teacher found out and told Ooi’s mother. Instead of yelling at her naughty daughter, Ooi’s mother made her think about what she did, and to put herself in the unfortunate girl’s shoes.

Ooi’s mother taught her empathy by making her come to her own realisation of what she had done wrong. Ooi also said that her mother never punished her, hit her, or raised her voice at her.

It is that form of open communication that made Ooi unafraid to tell her anything.

“There was no judgement from my mum. But she was firm and wouldn’t let me get away with things. My mother has proven to me and my brother that you can be patient, you can be kind, but you have to be firm.”

Ooi has worn many hats throughout the years. A newspaper columnist, a TV host, an emcee, a travel host, book author and motivational speaker, she has also featured in videos posted on social media giving out tips on different topics.

When she was 19, Ooi had a column in a local English daily while she was studying at university in Melbourne, which she said was based on her observations of life around her.

Eventually the column expanded to include her family. “It was about my relationship with my parents and how I wanted it to grow. It was about noticing myself. Why am I so impatient? When I was in a relationship or I had break-ups. I would write about them.

“Though I wrote about myself, it was based on observations. Why do I feel insecure? What did this person do to trigger me to react so emotionally? I was curious about these things, and I started writing about them.

“In the middle of 2016, my husband suggested why not combine all my skills of TV show hosting and writing, and just make short videos out of articles I had written and put them online. I thought it was a good idea.”

The first video she put up was about common sense, and it was shared over 1,000 times. Encouraged by this, Ooi continued to produce more videos, posting one a week.

After a video she made about the value of hard work also went viral, her husband then suggested that she should put up a video a day. Taking up the challenge of writing, producing and uploading a short video clip every day, Ooi did just that for an entire year, beginning in the middle of 2016 to the middle of 2017.

The journey helped her realise that she never had the time to reflect on past things, such as if she could have handled certain situations better, or if she let certain people get to her.

Ooi feels her videos connected with people because of their honesty.

“I did not set out to tell people what to do, I just wanted to share certain things.”

Ooi said her career pivot from entertainment to edutainment was not intentional.

Last year, her book Be Happy Always came out, and Ooi felt there was a need to write it.

“I felt it was very necessary because I have grown so much in the past five or six years. The life lessons that I have learned helped my marriage, helped my relationship with my mum, and helped me understand my dad (who is divorced from her mum).”

Her book has five chapters and they all address important things in life.

“Happiness is not a feeling. It is the acceptance and the ability to let go. The skill is to deal with everyday problems instead of letting them sabotage us.”

The rest of the book also deals with subjects such as depression and anxiety, and how it is okay to not feel okay.

Ooi did not consult any experts for this book.

“The goal was never to teach. So it was more about ‘I have learned so much and I want to share this’. Saying that, I have had a therapist by my side my whole life. It is my mum.”

The one thing Ooi always thinks about when she is down is “at least”.

“My thought process is ‘if I made a mistake but at least … I learnt from it. That is how I make myself feel better.”