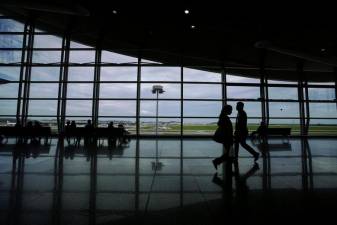 PETALING JAYA: The Malaysian Aviation Commission (Mavcom) has revised its forecast for Malaysia’s passenger traffic to a contraction of between 36.2% and 38.1% year-on-year from a growth of between 4.6% and 5.7%, which translates to between 67.7 million and 69.7 million passengers in 2020, a considerable decrease from 2019’s all-time high of 109.2 million passengers.

In a statement, Mavcom said the revised forecast took into account existing flight cancellations by both Malaysian and foreign carriers totalling 14 million seats for the period between January and December 2020, in addition to further seat reductions of 15% for domestic routes and 20% for international routes.

As of March 26, 7.3 million seats have already been cancelled, representing 8.6% of total seat capacity for Malaysian carriers in 2020. Foreign carriers operating to and from Malaysia have also reduced seat capacity by 6.7 million, or 24.5% in 2020.

“The airlines’ survival, indeed, the landscape of domestic and global aviation industry when the crisis is over, are matters that are still unfolding.

“A major crisis such as this calls for radical solutions including further consolidation and liberalisation, keeping in mind the national imperatives for the industry, safeguarding competition and consumer interests, and practicing good governance. The industry welcomes help from the government, in any appropriate form, but we are mindful of the demand for public resources in a time like this,” he said.

That said, Nungsari pointed out that assistance from the government should be a last resort for aviation industry operators.

“In line with the severe decrease in travel demand, aviation industry operators are presently experiencing great difficulty in maintaining their financial well-being.

“In the light of other public interests competing for public fiscal aid such as healthcare and small-medium enterprises, the Government should be deemed only a last resort for aviation industry operators in seeking assistance,” he said.

However, Mavcom is also urging the government to consider relaxing ownership rules for airlines to allow easier sourcing of funds from domestic and international capital markets.

It also highlighted the need or adherence to merger control provisions should any step towards industry consolidation via mergers be explored, to ensure industry and consumer interests remain safeguarded.