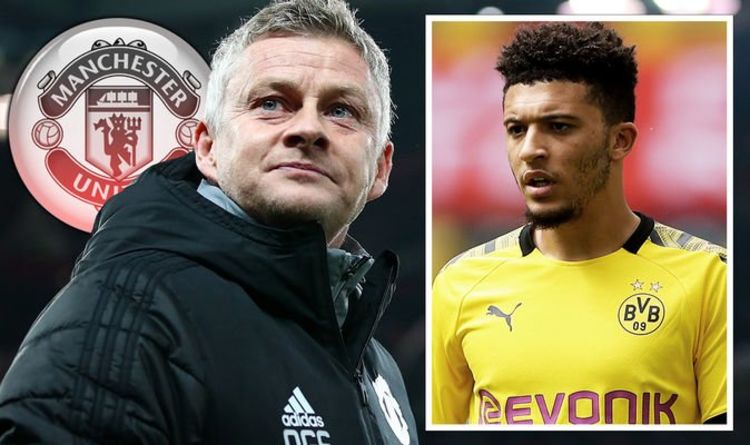 Dortmund had set United a deadline of August 10 but no official offer was tabled.

The Bundesliga side jetted to their Switzerland training camp yesterday with Sancho part of the travelling squad.

Michael Zorc, Dortmund’s sporting director, insisted that meant the England international would remain with his club for the 2020/21 campaign.

United have made Sancho their top priority target this summer as Solskjaer wants the 20-year-old to fill the void on the right side of his attack.

The Red Devils are having issues meeting the £108million price tag but they are confident of putting together a package which includes add-ons and instalments.

After United beat Copenhagen to reach the Europa League semi-finals last night, Solskajer fielded questions on what it meant that the deadline to complete a move for Sancho had passed.

“I can’t comment on other team’s players, I can’t do that,” the Norwegian said. “You know that. I never do.”

Dortmund chief Zorc warned that there was no way his side would be pressured into letting their star winger leave.

“We plan on having Jadon Sancho in our team this season, the decision is final,” he said.

“We have all seen how good he is now and we can only guess how could he can be at a massive club like United.

“You are buying him at an age where you can get ten years service out of him and if he is going to be as good as I think he will be, that has to be a good deal for United. It makes sense in many ways, but this is not a normal summer for transfers.”

Brandon Schlager {authortext} And then there were two.The U.S. Open, golf's penultimate major on the reshuffled PGA Tour schedule, is under way in September and without fans,...
Read more