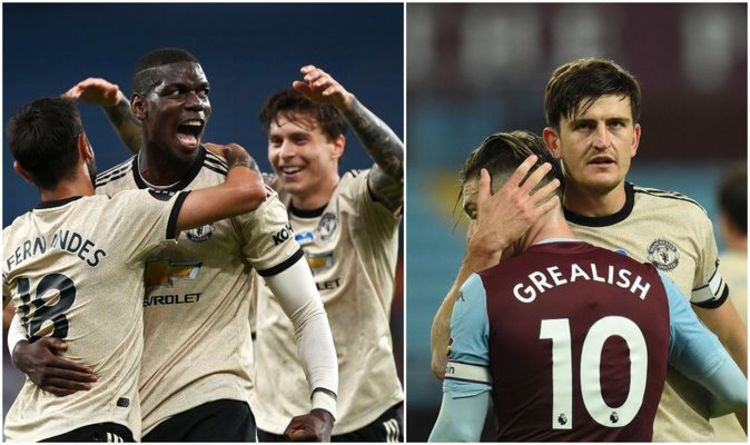 Then on the counter Bruno Fernandes burst in and won United’s record 13th Premier League penalty of the season.

Lucky 13th, it has to be said. His sharp turn was mesmeric, but it was more the Portugal international spinning into Ezri Konsa’s ankle than any illegal intervention from the Villa defender.

A giant howl of “Nooooo!” rang out from the midst of the Villa contingent when referee Jon Moss pointed to the spot.

It could probably have been heard all the way to Stockley Park, but there was no sympathy from the VAR who decided technically a foul had been committed. The successful conversion of the penalty by Fernandes himself was rather less in doubt.

Villa had pinned their hopes on captain Jack Grealish putting in an unplayable performance against team long linked to signing him at the end of the season – that’s the way football scripts are supposed to work after all.

staronline@reachplc.com (Chisanga Malata) Israel Adesanya is still the UFC 's middleweight champion. And in truth, his second title defence was one of his easiest fights...
Read more

Hey Xbox Insiders! We have a new Xbox One update preview coming to the Beta ring. It’s important we note that some updates made...
Read more

Nicholas Hautman For the longest time, it seemed as though Britney Spears’ dark days were finally behind her. After suffering a much-publicized breakdown in 2007...
Read more

Jamie, 47, spoke with This Morning hosts Phillip Schofield, 59, and Holly Willoughby, 39, on Thursday as his autobiography - Me and My Family...
Read more