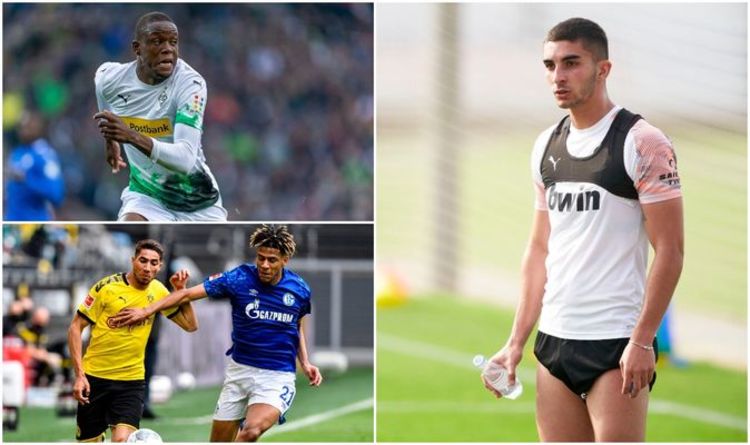 Manchester United have touched base with Juventus to discuss a potential swap deal involving Paul Pogba.

According to Rai Sport correspondent Paolo Paganini, the Premier League outfit asked about the availability of forward Paulo Dybala and midfielder Miralem Pjanic.

The Juventus duo have decided they have no interest in the move, however.

The Serie A giants are open to including the likes of Aaron Ramsey, Douglas Costa and Adrien Rabiot in any swap deal.

The Red Devils also reportedly asked Inter Milan about Milan Skriniar amid Solskjaer’s hunt for a central defender but the Serie A club shot down that suggestion.

Manchester United are among a glut of clubs interested in Valencia winger Ferran Torres, according to The Athletic.

Liverpool, Manchester City, Barcelona and Juventus are among a host of rivals battling for the 20-year-old.

Torres is about to enter the final year of his contract, which contains a €100million (£89m) release clause.

Valencia are attempting to extend his deal but could be forced to sell for a cut-price fee if no progress can be made.

Chelsea have decided against pursuing a move for Achraf Hakimi, according to The Athletic.

The Real Madrid right-back has been linked with a move to Stamford Bridge after dazzling for Borussia Dortmund on loan.

Chelsea bosses have struck the Morocco international off their target list, however, because of Reece James’ breakthrough into the first team.

The 20-year-old full-back has made 26 appearances in all competitions this season.

Facebook
Twitter
Pinterest
WhatsApp
Linkedin
ReddIt
Email
Tumblr
VK
Previous articleSusanna Reid: GMB star addresses losing her cool with Bradley Cooper 'The joke was on me'
Next articleKate Middleton accused of 'whining' about lockdown: 'She needs to step up to the plate'