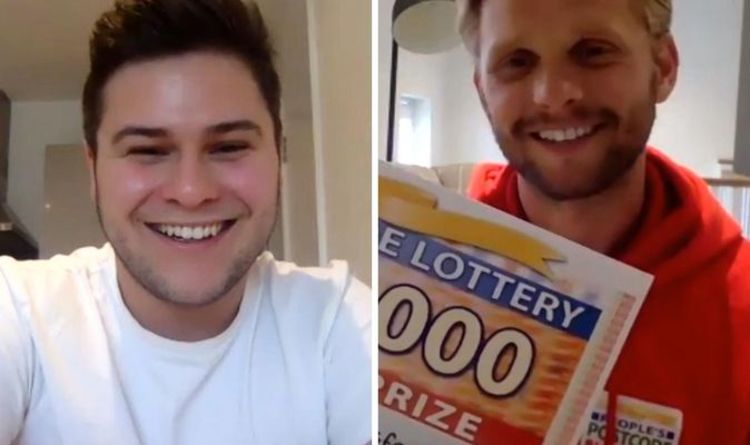 Lucky Lottery winner Sufyaan Baileche scooped £30,000 on People’s Postcode Lottery – all thanks to his mum.

The 26-year-old only signed up after getting badgered by her to give it a go after moving to his own house in Chelmsford, Essex.

His mum has always played and persuaded him to do the same in the hope of winning.

So Sufyaan couldn’t believe it when People’s Postcode Lottery ambassador Jeff Brazier called him via Zoom to say he had scooped a jackpot prize in just his second month of playing.

He said: “My mum has been doing it for years and has had a few small wins. As soon as I moved out, she said I should sign up with my own postcode.

“She’ll be like, ‘You jammy git, you’ve done it for two months and look how much you’ve won!'”

Big-hearted Sufyaan plans to use some of his winnings to treat his mum to a dream holiday to New York.

He added: “My mum has always wanted to take me to New York, but now maybe I can treat her and take her. Especially seen as she got me to sign up. She wants to go to Broadway so we can go there.

“I’ve never ever had this amount of money in a bank account at one time, I don’t even think my parents have. It’s insane! The possibilities are endless!”

People’s Postcode Lottery costs £10 a month and there are guaranteed winners every day. People play with their chosen postcode and are automatically entered into all draws.

And it’s not just players who win with People’s Postcode Lottery – good causes win too. With a minimum of 32% from each ticket going to charity, players have raised more than £500 million for thousands of charities and good causes.

People’s Postcode Lottery ambassador, Jeff Brazier, said: “It was a pleasure to virtually reveal Sufyaan’s cheque to him. It sounds like he has his mum to thank for winning so I’m sure she’ll be happy with his holiday plans for them!”

Jeremy Corbyn – as well as Brexit – were key reasons for the Labour Party’s dismal performance at the December 12 general election, the...
Read more
U.K.

The health and beauty retailer and pharmacy chain said they were forced to suspend bookings as a result of “unprecedented demand” and “stock availability”,...
Read more
U.K.

The large crowd of people gathered at Hyde Park to protest the latest social distancing restrictions imposed by the UK Government in a bid...
Read more
U.K.

The UK recorded an additional 6,874 cases along with another 34 deaths. This figure surpassed Thursday when an additional 6,634 cases were announced.Related articlesThe...
Read more