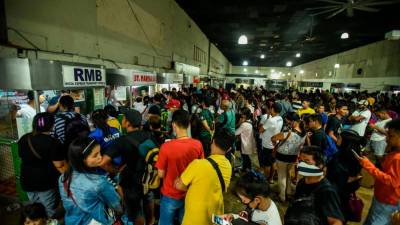 MANILA: The Phillipines impose a night-time curfew in Manila, the city of 12 million, officials said Saturday, as the nation steps up efforts to curb the spread of the new coronavirus.

The measure takes effect Sunday along with President Rodrigo Duterte’s order to seal off the capital from the rest of the country which has recorded 98 virus cases, including eight deaths.

People will have to stay home between 8pm and 5am except to travel to work, buy essentials or seek medical assistance.

“We want you to stay put. The risk of contagion increases whenever you move,“ said Jose Arturo Garcia, general manager of the Metropolitan Manila Development Authority.

Mayors of Manila’s 17 local government areas are also pushing for shopping malls – the centres of life in the country – to be temporarily shuttered.

It comes after Duterte announced Thursday the cutting of transport links to Manila from Sunday.

Schools will also be closed for a month and mass gatherings banned.

“At this point (in) time we cannot be in self-denial,“ said Interior Secretary Eduardo Ano.

Anyone caught breaking the curfew could be arrested if they refuse police instructions to go home, Ano said.