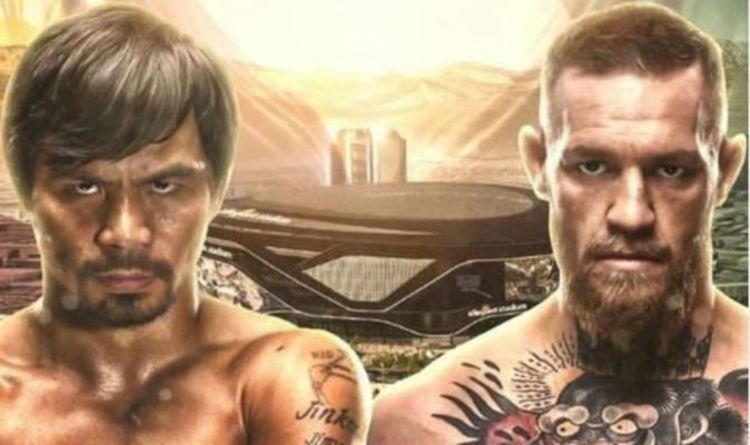 Manny Pacquiao has confirmed he will indeed box former two-division UFC champion Conor McGregor. On Friday night, McGregor stunned the combat sports world by declaring his next fight will see him take on the legendary eight-weight champion.

Following a blistering rant on Twitter, in which he revealed details of fight negotiations with UFC president Dana White, McGregor said: “Anyway all water under the bridge who gives a f**k.

“I’m boxing Manny Pacquiao next in the Middle East.”

McGregor’s announcement sent shockwaves throughout the combat sports world, with many quick to dismiss his claim he’ll soon share the ring with ‘Pacman’.

However, his manager Audie Attar – who also represents Pacquiao – quickly revealed negotiations over the fight are currently underway.

The Irishman’s effort to become the first man to defeat ‘Money’ was a valiant one, although he ultimately ended up suffering a tenth-round TKO defeat.

The UFC’s poster boy has continued to flirt with a return to the squared circle ever since that fateful night at Las Vegas’ T-Mobile, revealing earlier this year he had ambitions of claiming a world title.

In fact, ahead of his UFC 246 showdown with Donald Cerrone, the 32-year-old claimed there’d been exploratory talks with Paquiao over a blockbuster showdown.

“I would be open to other boxing bouts,” McGregor told ESPN. “We were actually close to signing [a deal with] Manny.

“There’s been talks about the fight with Manny. There was an offer made on that.”

McGregor, 22-4, hasn’t fought since his UFC 246 destruction of Cerrone, whom he decimated in 40 seconds to claim his first victory in nearly four years.

McGregor’s plans to face Pacquiao, or anyone for that matter, could potentially be derailed by legal issues.

Earlier this month, the former featherweight and lightweight champion was arrested and questioned in Corsica following an allegation of an “attempted sexual assault”.

Both McGregor and his management have vehemently denied the allegation.

In a lengthy post on his private Facebook account, Ireland’s first UFC champion said: “Never will I fold! The truth is the truth and it gives me wings!

“The truth is power! I am free! Never will a dime be paid to anyone coming at me with vicious lies!

“Not now not f***ing ever! I will fight! And I am only beginning my fight!

“I will not allow these people to just accuse me and then disappear into the dark to attempt to ruin someone else’s life! No f***ing way!”