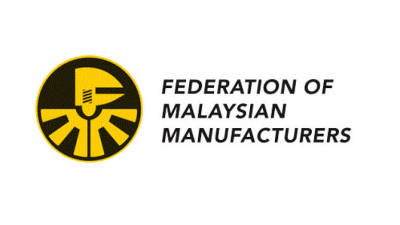 PETALING JAYA: The Federation of Malaysian Manufacturers’ (FMM) members foresee a gloomy outlook for the first half of 2020 due to uncertainties from the Covid-19 outbreak, according to the 16th FMM-MIER Business condition survey.

The survey found that all indicators – general business conditions, local and export sales, production volume, capacity utilisation, capital investment and employment with the exception of cost production – are expected to be below the optimistic threshold level.

The main concern of manufacturers is reduced supply of raw materials from China, including iron and steel products, ingredients for food and beverage production, paper and packaging material and plastic materials, among others.

The association also noted that exports to China are affected by reduced demand.

On the other hand, exports that are most affected by the outbreak include machinery and equipment, automotive components, electrical and electronic products, toiletries, steel products and processed food products.

FMM members cited that the sales projection is expected to be gloomy in the next six months with a decline in both local and domestic sales, which indicates tough time ahead.

“In tandem with the expected decline in sales, both production volume and capacity utilisation are also expected to decline with 33% indicating that they are likely to produce smaller volumes and 30% considering lowering their capacities.”

Some 51% of its respondents projected an increase in cost, up from 43% reported previously. The main increases consist of input costs of materials, non-wage labour costs, wages and salaries, and utilities (electricity, fuel, natural gas and water).

Meanwhile, a majority of the respondents said the US-China trade war has not affected their businesses.

“While it is true that the impact, both positive and negative, could be greater as a result of trade and investment diversion, it has generally not affected the businesses of most respondents. 59-74% said the trade war has no impact on their exports, imports, investments, their role in the global value chain or employment,” FMM said.