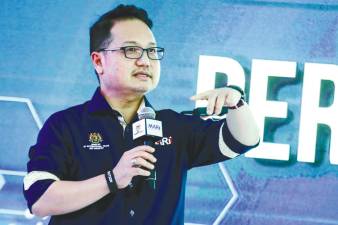 KUALA LUMPUR: The National Automotive Policy (NAP) 2020 is not expected to change in view of the forming of a new government and there is no stopping to the third national car project.

“We think the new government would not change and they would want to continue the NAP 2020. The vision of NAP 2020 is holistic to make sure not only local development, but to make sure that everybody can contribute to the economy,” he told a press conference after presenting the Automotive Industry Performance Update in 2019 and Outlook in 2020 today.

He added that the third national car project will also proceed as it is not government funded but is a privately-funded project.

“As long as they (private sector) want to do this national car, it will continue. If the private sector wants to stop, there’s nothing that the government can do. (However) Until today, there is no news that they will stop.

“The NAP 2020 is giving incentives for such a project. That measure remains in the NAP 2020,” said Madani.

He said the prototype of the third national car project will now be showcased at the Malaysia Autoshow 2020 in July.

Total exports, including CBU, parts and components and remanufacturing, are expected to contribute RM17.2 billion for 2020, from RM15.42 billion last year.

Madani noted that it did not achieve its CBU export target last year as two OEMs saw a breakdown in its their supply chain of components.

“ELV is never been implemented in Malaysia. We’re waiting for our new ministers (transport minister and Miti minister).

“I believe that a voluntary ELV will benefit the people. They can let go of their old cars and maybe the government can subsidise and OEMs can contribute to a lower cost. By selling more cars, the government can collect more taxes. It’s a win-win situation.”