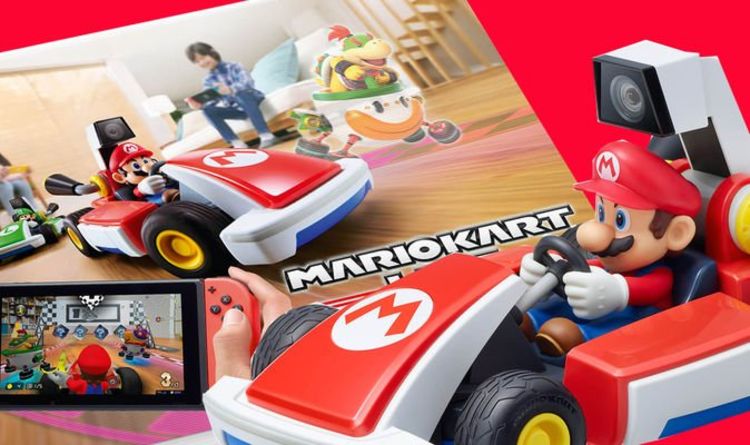 Mario Kart Live Home Circuit is available to pre-order from the Nintendo website.

Nintendo has since confirmed that Mario Kart Live Home Circuit will have a £99 price tag, and an October 16 release date.

The game lets players race actual toy cars around the house using the Nintendo Switch as a controller.

“The physical kart responds to boosts in-game and in the real world, stops when hit with an item, and can be affected in different ways depending on the race,” Nintendo explains.

“Players place gates to create a custom course layout in their home, where the only limit is their imagination. Race against Koopalings in Grand Prix to unlock skins to customise courses and costumes for Mario and Luigi, and play with up to four players in local multiplayer mode.”

Sets contain either a Mario or Luigi toy Kart, as well as four gates that can be placed around the house. It also comes with two arrow markers, a USB charging cable, a Mario Kart Live: Home Circuit Notebook, and a Perimeter Board.

Nintendo has also given fans a better idea about how the game works, and how to set it up.

According to the pre-order website, the game will feature “familiar Mario Kart controls”, as well as a special on-board camera to capture the action in real-time.

“Drive a kart in the real world using familiar Mario Kart controls and see the action from your kart’s on-board camera displayed on your Nintendo Switch or TV screen.

“Watch as your home is transformed into ocean depths, a sandy desert and more from the world of Mario Kart!”

Set-up instructions are as follows…

• Assemble the gates and place on them on the floor around your room.

• Drive your kart through the four gates to make a course in any shape you please.

• Race against the Koopalings in eight Grand Prix cups!

Not only have the games have been optimised for Switch, but the bundle also comes with a special in-game music player.

Fans will also be able to pick up an expanded version of Super Mario 3D World early next year.