Martin Lewis: Money Saving Expert shares how to get money back from your travel insurance 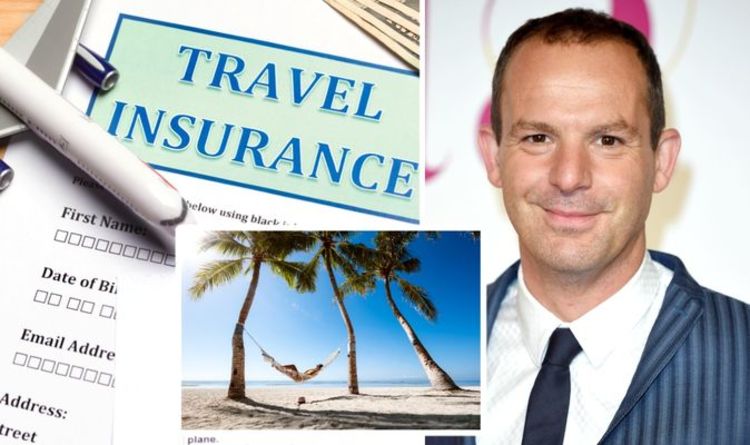 This is despite the company not changing their policy details online until March 14, the caller claimed.

Lewis revealed his travel advice on how she could best get the payout she was owed.

“About 90 percent of policies before COVID included the cover that would protect you from COVID – about 10 percent didn’t,” Lewis explained.

“I think that the fact [the holiday insurer] was still selling policies with this cover, and they had just as much pre-knowledge as you do, they should have, as a proper communication, put on the top of [their] website: ‘If you can’t go due to coronavirus, we won’t pay out,’ but they didn’t do that – and I think that’s unfair.”

Travellers wrangling with travel insurers can go to the Financial Ombudsman Service for help.

“Just as you do with any insurance claim, and any problem with insurance companies, they are regulated financial companies and that means the statute says that you can complain to the Financial Ombudsman Service,” Lewis detailed.

“The first is the law, the second is have you been treated fairly – and we’re starting to argue together, ‘Well, I don’t think so – if you had just as much foreseeability as me but you didn’t tell me it wasn’t covered that’s not treated fairly.’”

“Now, in my view… most insurance companies who had pandemic cover are paying out if you had a policy in place on March 3.

“Therefore, this company did not offer any argument, any difference at the point and standard industry practices say it should be paying out.

“And on that basis, I would hope the Financial Ombudsman would say, actually, this is a load of baloney.

“You put a kind of policy in place, it had pandemic cover, she bought it at the right time, you didn’t decide to say we’re not going to be paying out – pay out.”

Lewis warned that the process might well not be a speedy one.

However, if you do go to the Ombudsman, the insurer will have to pay a fee.

“It won’t be quick though, that’s the problem, but… first thing I would do is get in touch with them and say you spoke to Martin Lewis on the radio – he thinks you should pay, he told me to go to the Ombudsman,” said Lewis.

“It’s worth noting, if you go to the Ombudsman, they have to pay.

“There’s a fee for them for you to go to the Ombudsman – and you could say to them, I’m giving you one last chance before I go there.

“If you want to settle this now, I’m happy. Otherwise, I’m going to the Ombudsman.”

When buying travel insurance, it’s important you’re purchasing it from a reputable, trustworthy company – and don’t just plump for the cheapest option.

“It is key not to always choose a policy based on price as many cheaper policies have very high excesses which can work out more expensive if people need to make a claim.

“It is important now more than ever for travellers to read and understand exactly what they are covered for to ensure they choose the policy that is right for them and will protect them from any COVID-19 related issues.”

Niraj ChokshiThe top Democrat and Republican on the House’s transportation committee unveiled a bill on Monday aimed at addressing some of the problems that...
Read more
Travel

Here Are the U.S. States With Travel Restrictions

Karen SchwartzThis list will be updated as states continue to announce changes to their travel advisories. Are we missing an update? Email us at...
Read more
Travel